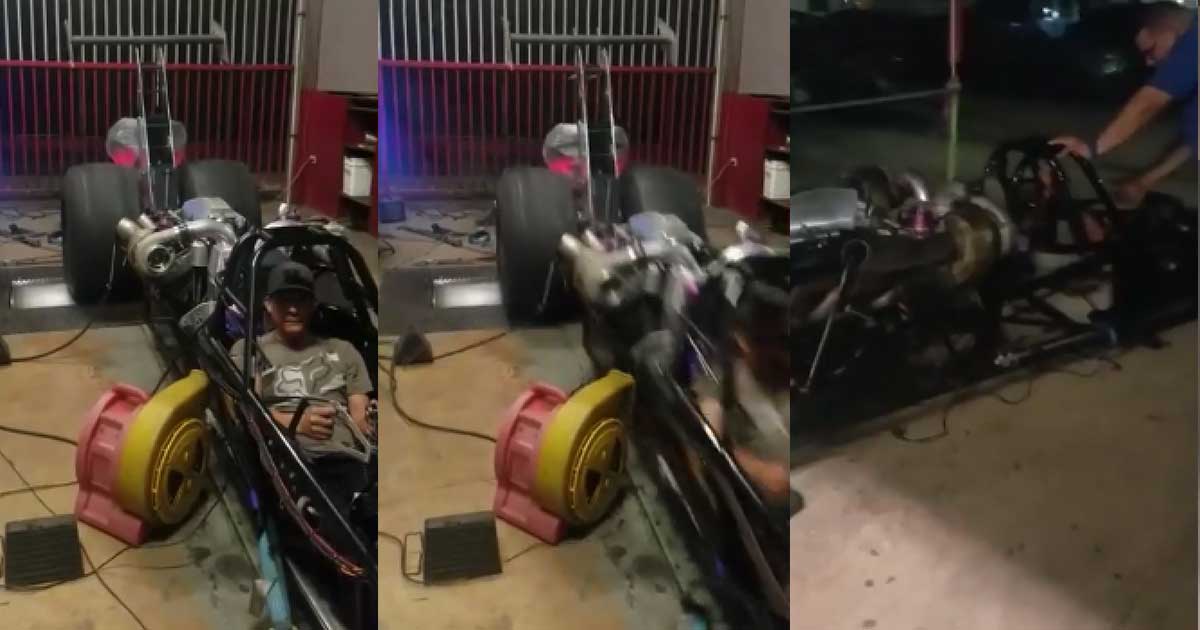 Something that people often fail to realize in a dyno room is that things can get dangerous. Just because the vehicle is supposedly isn’t going to move doesn’t mean to shut off that awareness. One can never tell when parts are going to go flying or a tire is going to explode. In between those two examples, there are thousands of different combinations of mishaps that could end up with somebody in a world of pain. Therefore, extreme caution should be exercised at any time that something like this is undertaken.

This time, the situation that unfolded right in these peoples’ laps ended up with a dragster going for quite a ride. Luckily, it doesn’t appear as if anybody was in the way. Therefore, the damage inflicted was really minimalized here. However, that doesn’t change the fact that this powerful machine really went flying. From the best that we can tell, it looks like there was a strap securing to the race car that had torn in half. However, it’s kind of hard to say if it was even strapped down at all. We’re just imagining what would’ve happened if there was someone standing in front of this thing when it took off.

By following along with the situation below, we’re able to catch up with the moment things seemed to go haywire. I’d bet that the guy behind the wheel here was really in for quite a surprise when the dragster got up to speed and then took off! These folks should really consider themselves fortunate that nobody was injured in the process. Also, the damage seems minimal compared to what could’ve happened. Perhaps next time, an additional safety strap can be thrown into the mix. From where we’re standing, a little more security in the matter certainly wouldn’t hurt anything.