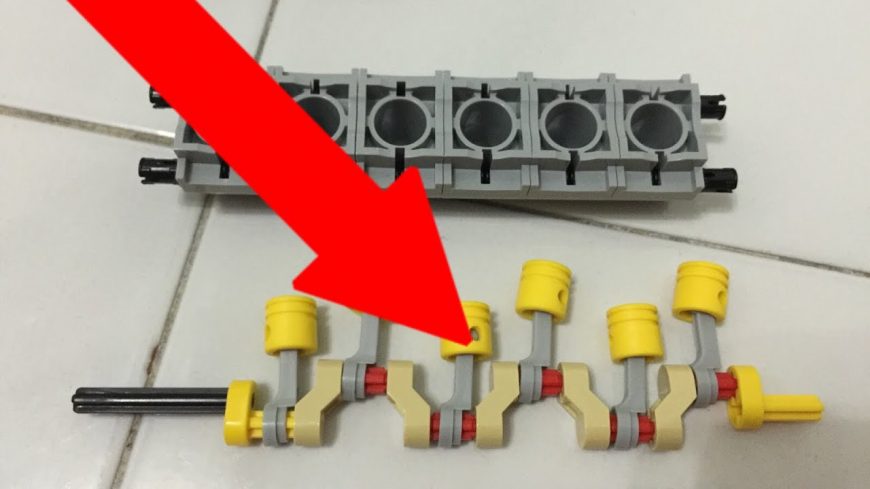 If you’ve never checked out LEGO’s Technic series, you really should go look at just how cool these sets are. With all kinds of mechanical parts from gears to levers to pistons and crankshafts, Technic LEGO sets are perfect for gearheads to get hours of enjoyment. I remember as a kid myself finding a set that came with electric motors and a control panel that allowed you to build a working printer that would actually draw on paper. Of course, I used the motors to power a nearly two-foot long dragster I had built, complete with a working parachute. If only the controls had been wireless, that dragster could have truly  been something special.

These guys have decided to build a few model engines and spin them up with an electric motor to see how much stress they can handle before flying apart. They start with a replica of a Honda four cylinder, attached to the motor and given a little nudge to get started. The engine looks amazing lifelike, considering everything is made from plastic and the whole thing fits in the palm of your hand. The revs are slowly increased as the tiny pistons pump ever faster inside the small plastic cylinders. It’s always cool to see how things look when camera frame rates cause them to speed up and slow down, as the pistons seemingly stand still at different points in the video despite clearly still spinning incredibly high.

We don’t know what RPM this thing is turning, but it’s clearly getting on up there when everything lets go, pistons and other small engine pieces flying in all directions.

From there, the guys double up on the piston count, building a replica V8 and put it through the same test. I don’t want to spoil the fun, so go ahead and watch the video below to see what fate awaits the LEGO V8!