UPS Guy Refuses to be Defeated by Icy Driveway 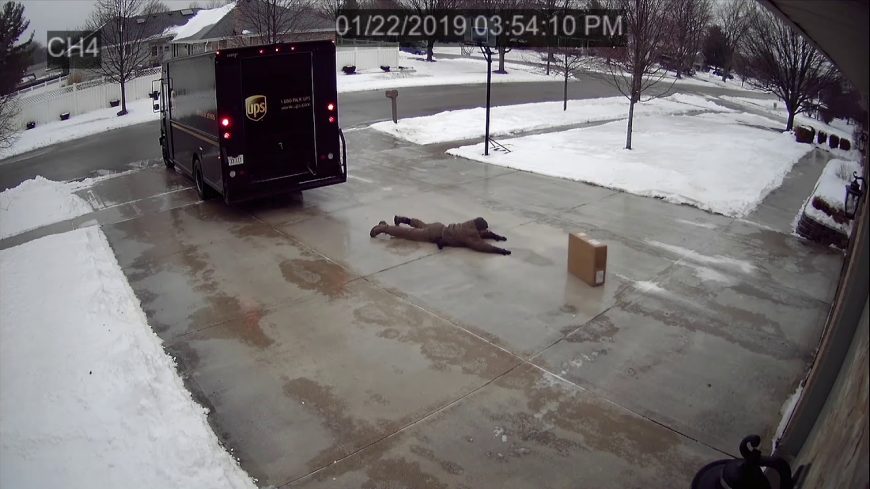 In other words, we all might think that our delivery services available all kind of stink after looking at the public complaints. At the end of the day, though, there aren’t too many people posting on Facebook ranting and raving about how great it was that their package arrived on time.

However, take that same person not posting positively, who has had 99% of their packages show up on time, and they will be sure to head to the social media of their choosing to complain about the one time that something was a day late. That’s just the way it is sometimes.

This time, though, we get to check out a package carrier with a little bit of a positive spin. Instead of a video that showcases the rare occasion that a lazy postal worker is treating your new dinner plate set like a football, this one shows a delivery driver going above and beyond.

If you ask us, upon approaching an icy and untreated driveway, I don’t think anybody would have blamed this UPS driver for not wanting to take on the uphill driveway ice rink. However, this particular package delivery person was willing to go to new heights in order to make sure that the item in question made it all the way to its destination.

In the video below, we watch the struggle as this UPS driver makes his way up the icy driveway. After ending up on the ground, the driver keeps on pushing, sliding the package across the ice until it can eventually make its way into the home that it needs to be delivered to. While some drivers probably would have left the item at the end of the driveway, this driver going the extra mile really shows us just how hard-working some of our package delivery people can really be.