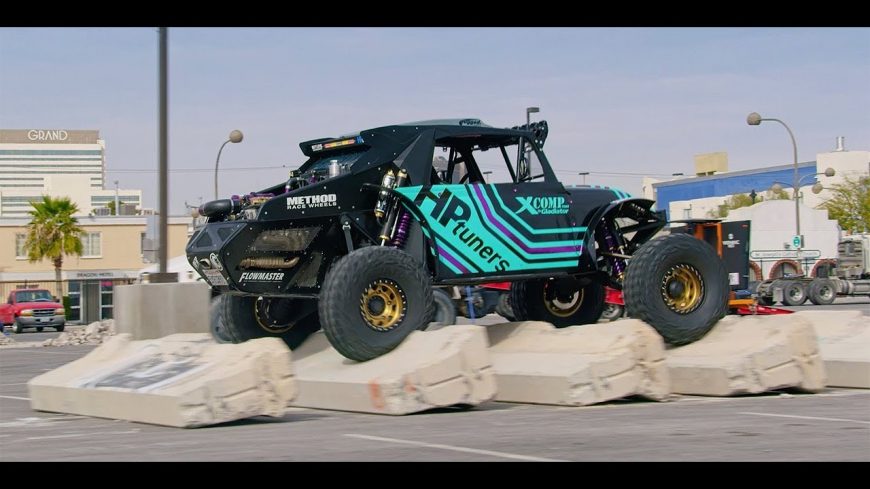 Blake Wilkey effectively crippled the internet for a few days back in 2016 when much of the world met him for the first time when URBAN ASSAULT: San Diego Shark Attack hit YouTube and instantly went viral. That video was a lot of fun to watch, especially considering Wilkey was shredding through Speed Society’s hometown of San Diego. We knew Blake would follow up the original with something bigger and better, but we had no idea it would be this insane!

Urban Assault 2 brings Blake to Sin City, that shimmering gem of debauchery nestled in the western elbow of Nevada where people go to lose their money and their inhibitions. Vegas has been the backdrop for countless bad decisions and Wilkey had no intentions of bucking that trend, rolling into town with his badass offroad rig ready to act a fool on Fremont Street.

After spending a little time behind bars for the first Urban Assault, Wilkey had to make some concessions the go ‘round to keep his butt out of the slammer, so there’s a little less in the way of outright illegal activity, but that doesn’t stop Blake and his ride from hitting some pretty extreme jumps, wheelies and just outright crazy driving thanks to a strategically placed water truck. My personal favorite moment came early in the insanity when Blake jumped onto a series of “Jersey” barriers laid over on their side to form a whoop section, with his ride soaking up the bumps like its nothing and powering across them with ease!

What the video lacks in lawless idiocy it makes up for in badass camera work and editing, pulling you into the cockpit with Wilkey and bringing out along for the ride as he tears Vegas a new one! Hopefully we get to see more action from Blake in Urban Assault 3! Who know where and what we’ll see in the next installment!