Here in the United States of America, it’s pretty undeniable that across the ...

Here in the United States of America, it’s pretty undeniable that across the country, on the 4th of July, celebrating is going down. As Americans, it’s no secret that we’re pretty darn proud to support that red, white, and blue and when it comes time for Independence Day, you had better bet that we’re going to show it off. Now, in most situations, people would make it through the festivities without a hitch, maybe have a few drinks (if you’re of age), a couple of burgers, and some good times with some good friends, all designed to appreciate the freedoms that we have here.

However, in some situations, it might just to turn out that when people get their hands on fireworks, the situation can quickly spiral out of control, especially when the fireworks are set up to put on a dramatic show… The simpler, the better! It looks like the situation here most certainly had someone who was looking to try something a little bit different as they bought an airplane glider that had been fitted with a variety of fireworks. It appears as if the aim of this invention is to light up the fuse and throw it into the air where it will begin to explode in a fury of lights and colors somewhere in an open area where you can enjoy this kind of thing without any kind of obstacles in your way.

It looks like for this firework operator, that whole part of not having any obstacles nearby kind of evaded him as he lit up the plane and threw it, but instead of it going into the sky, it headed straight toward a neighbor’s house and began to erupt! Now, you can’t really fault the guy too much for trying to celebrate a little bit with the kids but the result would have this guy hoping that his neighbors would be cool with the little bit of a mixup. 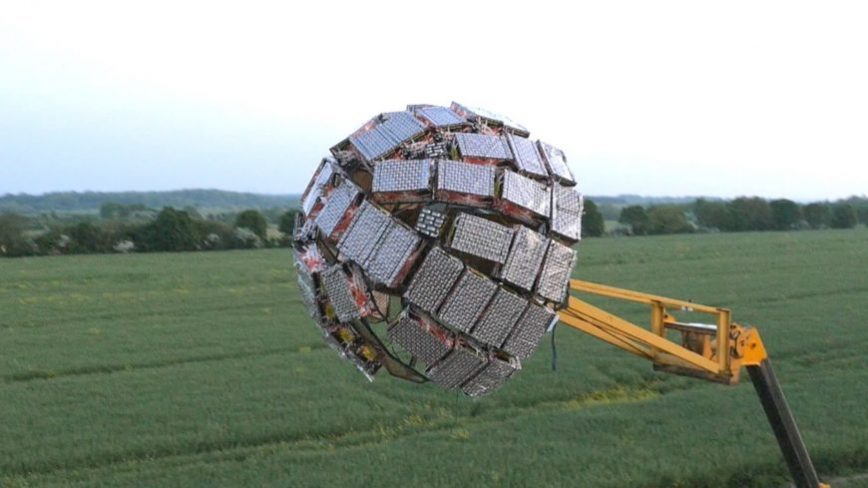