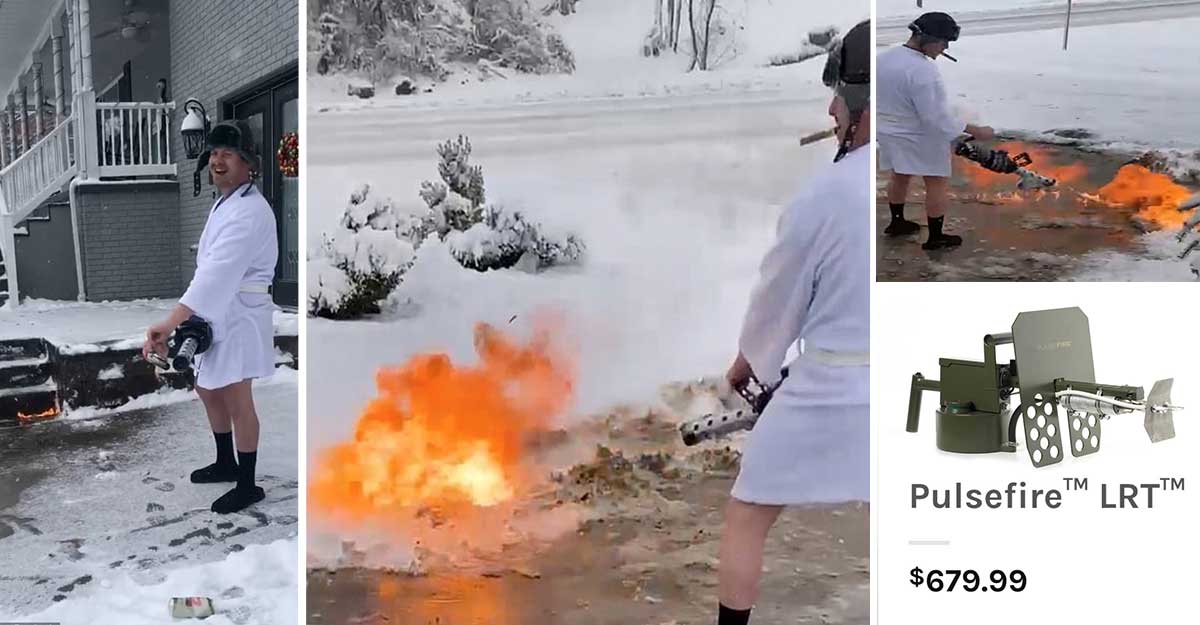 There’s a long-standing saying that tells us to “Work smarter, not harder.” That really makes a lot of sense when we get down to the nuts and bolts of it all and for one Kentucky man, apparently, that was his philosophy at least when it comes to clearing snow.

As we all know, clearing snow by hand can definitely be backbreaking work. Not only is it physically intensive but it naturally requires the person doing it to stand outside in the icy cold for a long period of time, even getting wet in the process. It’s something that very few people actually want to do but we get a feeling that this plot twist might make it a favorite chore.

This time, we check in with an individual who got a little bit creative. We have seen all sorts of measures that have been taken to avoid the dreaded task of shoveling snow. However, this might be the first time that we’ve ever seen something of this nature carried out and we have to say that we’re here for it.

Instead of picking up the old trusty shovel, this individual decided to get to work with none other than a flamethrower. Whether or not this is the most efficient way of clearing snow, it’s hard to say. However, it really gets the job done and does so in a way that we would imagine it’s probably pretty fun. It’s nothing short of a fantasy scenario to head out into the driveway with a robe and a pair of slippers, puffing on a cigar as you clear all of that snow from the driveway with the help of a flame.

We might even go so far as to say that the video below isn’t just creative thinking. It might just serve as an inspiration for a lot of us.