This could very well be the shortest video we’ve ever shared, but these 7 seconds ...

This could very well be the shortest video we’ve ever shared, but these 7 seconds tell one hell of a story, and to be totally honest with you, I’m glad there isn’t more footage here because that would mean things took a turn for the worse. We know a lot of our fans are into offroading so we think you guys need to see this, especially those of you who head to Glamis and other recreational areas to jump the sand dunes in your UTV’s.

I’ll admit I don’t know the rules, written or otherwise, about protocol for jumping dunes, but I have to assume the burden of safety falls on the guy that nearly get landed on, as he was driving through an area that looks to be used often as a landing area on the back side of this large dune. He can see where he’s going, while the guy driving the side-by-side that’s hitting the actual jump can’t see what’s on the back side of the dune where he will be landing.

Luckily, the timing just happened to be perfect that the guy cruising through the landing spot is just able to get out of the way of the incoming jumper, and things don’t end in a trip to the hospital. Instead, we just have this awesome footage of a crazy near miss that likely caused a pucker-up moment for all involved. This kind of thing makes for a great “So this one time…” story to tell the guys next time you go out riding, no matter which side of the situation you’re on. Even the guys standing atop the dune watching are likely to tell their buddies about the time they saw two UTV’s miss colliding by a matter of a couple of feet at most.

If you take nothing from this video, take away the reminder to ride safely. If you can’t see where you’re landing, maybe employ a spotter to give you the all-clear before taking flight, and if you’re just cruising around, think about what may be coming at you over the dune at all times, because it could be another airborne UTV!

Posted by UTVUnderground on Friday, December 8, 2017 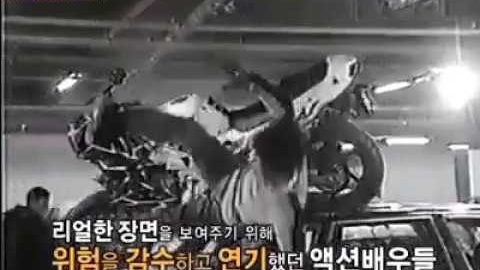