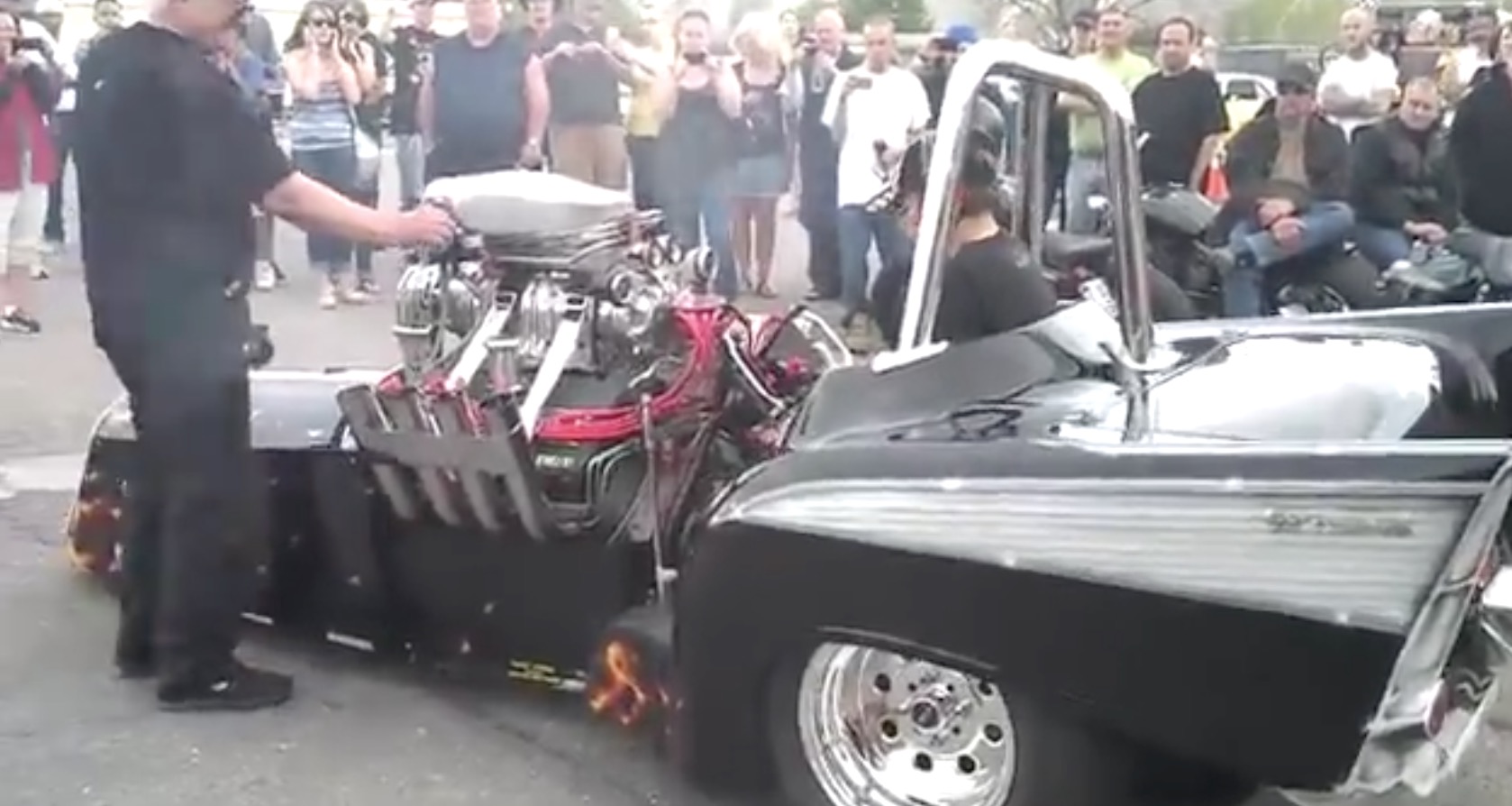 The motorcycle and/or trike has been a symbol for getting out there and stretching your legs ever since it’s conception, giving people who choose to ride on two (or three) wheels the opportunity to hit the open roads and allow the twists and turns to take them wherever they want to go in a lifestyle that basically spells out f-r-e-e-d-o-m! This one, in particular, really lays it down as a machine that’s not only meant to rule the open roads but also to do so in style as quite the attention getter!

Now, throughout the lifecycle of the motorcycle, we have seen lots of different stylings and designs come about ranging from choppers to sports bikes and everything in between but with a trike like this, the game completely changes. This thing takes what it’s like to ride and flips it on its head with a completely different concept brought to the table.

It’s not really clear if this trike is necessarily the fastest in the world or even the most functional, but this massive machine really is fun to look at as the rider shows off his wares, laying into the throttle and sending quite the note into the air along with a sideshow of flames the help of supercharged v8 power. This thing really brings the idea of being a heavyweight to life, surely outweighing most of everything else in its class.

The creation might be different and we will leave it up to you to decide whether or not that’s for better or for worse. One thing is for certain, we most certainly had a blast watching this thing come to life and are left to wish that there could be more video of it maybe laying a couple of thick, black burnout marks as it rolls down the street.

« Truck Gets Super Stuck, Pulled Out By Horse!