Van PLOWS into Ditch After Being Hit by Turning Car 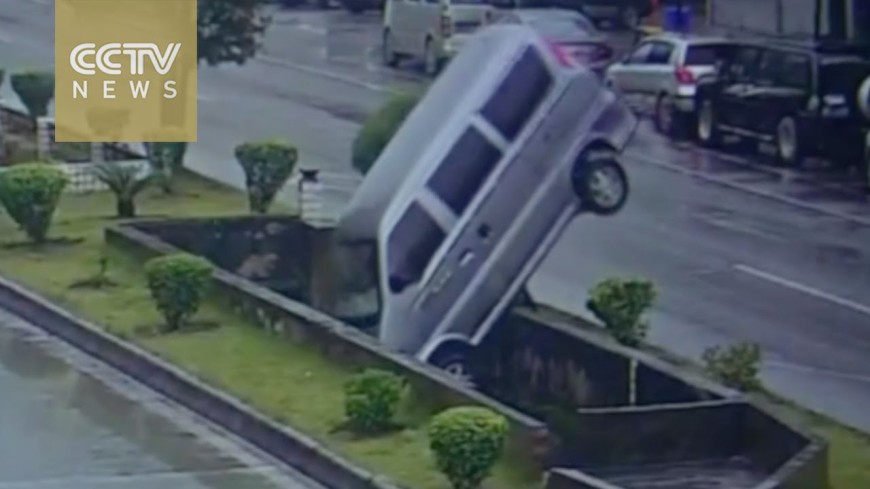 Van PLOWS into Ditch After Being Hit by Turning Car

If you thought that you were having a bad day, the driver behind the wheel of this van wasn’t even doing anything wrong and ended up in about the worst situation possible.

While just putting along the road in Shaoguan City, China, it appears as if another driver on the road wasn’t paying close enough attention as he rolled around the corner, rear-ending the van.

Causing the damage from this collision would have been bad enough, but that wasn’t where it would stop as the van would roll over a ledge and end up falling down into a giant ditch full of water.

Check out the video below that shows the entire situation from a nearby security camera. The silver lining to be found here, if there really is one, is that the driver managed to walk away with nothing more than minor injuries. Tomorrow will be a better day!