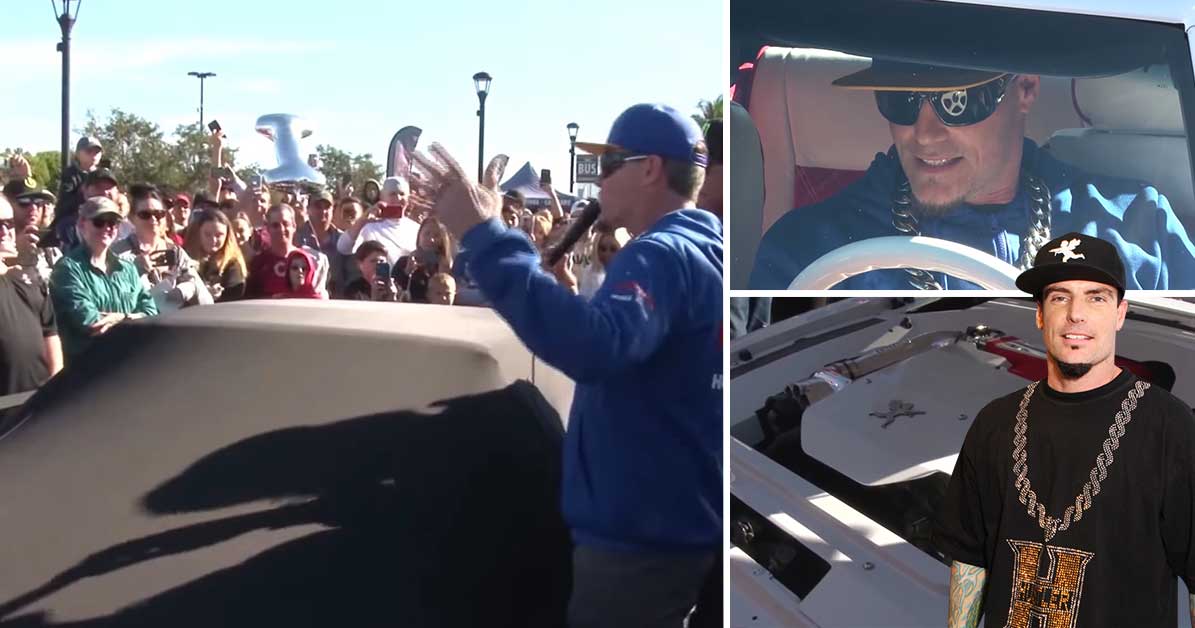 Throughout the 90s, Vanilla Ice aka Robert Matthew Van Winkle was kind of a big deal. When he released “Ice Ice Baby,” it was on every radio station and you’d be hard-pressed to find someone who didn’t know the catchy tune. Even all these years later, people who weren’t even alive at the time likely know of the melody that could be rather easy to find stuck in your head.

As some might remember, the music video for the song that is oh so 90s features a Ford Mustang alongside the line where ice tells us that he’s “Rolling in my 5.0 with my ragtop down so my hair can blow.” This same car would go on to be featured in other Vanilla Ice videos and even had its own song dedicated to it. Later down the line, Van Winkle would appear in That’s My Boy alongside Adam Sandler where, yet again, the car would find its time on the screen and fans would fall back in love with the Mustang once again.

Long story short, this car was iconic but what would happen to it?

Down in the video below, we check in with the scene at Cars and Coffee in West Palm Beach Florida as the Mustang is unveiled to the public after it has gone through its paces to climb back to a showpiece once again. Vanilla Ice even goes so far as telling us that he’s not sure that he would have what it takes to put this thing on the street and maybe needs another to “burn rubber” in.