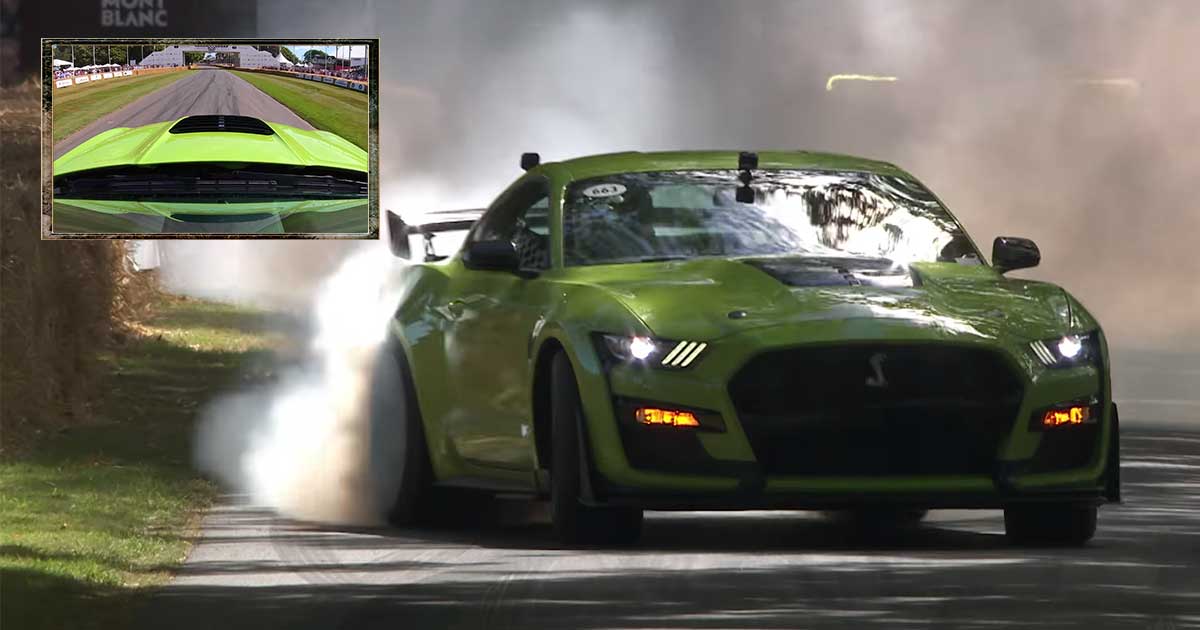 It seems like with some of the newer muscle machines that have been coming out, walls are broken down. Sure, the rivalries still exist. Even the most devoted purists who would never drive a Ford have to admit that this thing is cool, though. Long story short: With the way that performance machines are being put together these days, it’s hard to hate on anything!

This time, we get one of our first real tastes of the 2020 Shelby GT500. We have to admit that this one will really make the hair on the back of one’s neck stand up. It might be a little bit of a tease but we’re loving what we see so far. If there’s one way to show off what a car is capable of, it’s to put the one and only Vaughn Gittin Jr. behind the wheel. That was precisely the plan at the Goodwood Festival of Speed.

It’s an absolute pleasure for the senses as Gittin absolutely hounds on this thing. Normally, one would be a bit cautious with a newer car like this. In this display, though, that’s simply not the case. For those who know of Vaughn Gittin Jr’s driving habits, they know he’s squeezing every ounce of performance out of the car. When he really lays into it, this thing absolutely screams. It’s like an untamed beast just wanting to be unleashed out there on the road course.

By following along with the video below, we see the ultimate display. We have to warn you though because it might just be a sensory overload! After seeing something like this, we can’t wait for the 760 hp monster to officially drop. We get the feeling that it’s going to be a force to be reckoned with when it finally falls into the hands of consumers.