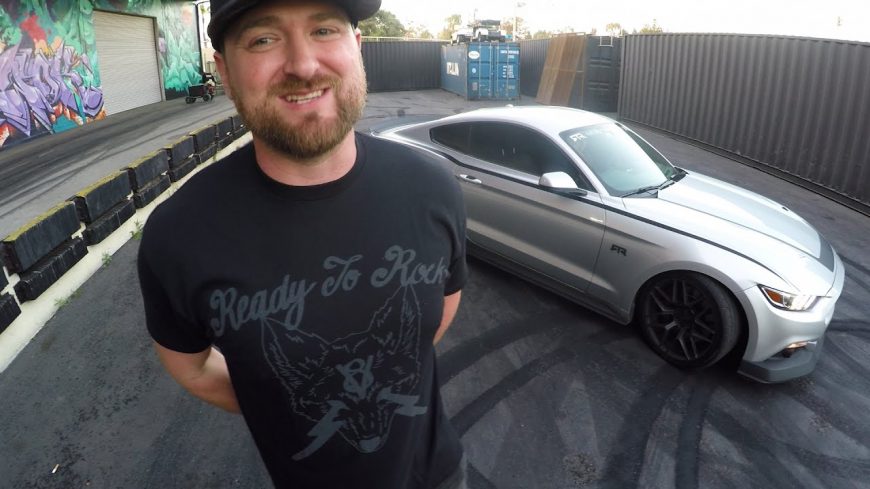 With the vlog videos that you can expect to see from the guys over at Hoonigan, they kind of have us addicted to seeing exactly what they’re up to behind the scenes and what they’re going to do next. You pretty much never know who’s going to stop by and what kind of awesome toys they’re going to be playing with when they head over to the Donut Garage.

This time, we’re joined by none other than Vaughn Gittin Jr. and it almost goes without saying that he has a little something-something that he’s bringing around to have fun in and show off at the same time. Now, I have to say that the brand-new Ford Mustang is a pretty sweet machine that has come a far way in recent years, but with the RTR package on it, this thing really gets kicked up a notch and becomes a whole new more aggressive animal for doing whatever your heart desires behind the wheel.

Check out the video down below that takes us inside of this beast of a machine and shows us what you can expect with the package. Of course, you know that the car isn’t going to leave the shop without ripping a noteworthy tire shredding burnout as well, so you definitely have that wonder of a display look forward to in this flick.