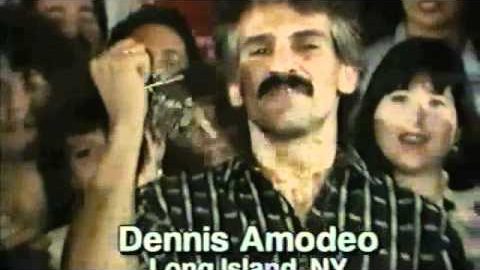 1989, VH1 gave away 36 vintage Corvettes in a contest. The winner sold those cars to artist by the name of “Peter Max”, who in turn let them rot in a New York parking garage for over twenty years. All of a sudden the cars vanished.

In the late 80’s, VH1 was struggling for ratings. As a publicity stunt, the music video network spent a ton of cash on 36 Corvettes. The cars were given away in a sweepstakes the next year, and one lucky winner acquired the complete set.

According to a period article in Vette magazine, the 36 cars that he bought were “drivers,” not “Bloomington cars.”  14 of them  were convertibles, and 25 of the 36 contained automatic transmissions. The cars were transported from commercial shoot to commercial shoot, kept them fastidiously clean, and generally went to town with the whole mess.

VH1 set up over 900 number that charged two dollars per call. Prospective entrants called the number to register, and AT&T gave the network $1.49 from every call. 190,000 people called in the first day, 1.3 million registered in total, and VH1 made its money back in less than two weeks. Amazingly, the contest was won by Dennis Amadeo, a carpenter from Long Island who entered only once. He flew to California and was given the five-pound bag of keys by ex-Beach Boy Mike Love in a ceremony in Culver City.

« ROWDY WINS BOUNTY UNDER THE LIGHTS!