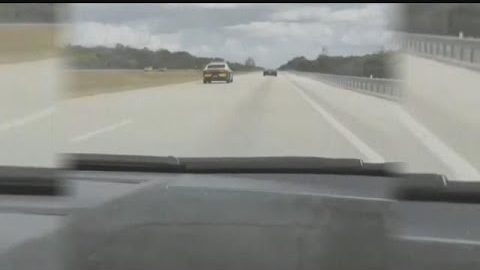 With all the cameras rolling in this world that we live in today, one would think that a police officer who is on duty and driving their Dodge Charger patrol car would try a little bit harder to avoid something like this. From the perspective of a gearhead, I can definitely get the appeal rolling down the street and dropping a gear next to a car like the Lamborghini pictured here, however, it would seem like someone in the position of this officer would have a touch more foresight than to do something like this out in the open. It’s pretty wild to watch the video as it all unfolds.

As of now, not too many details have been released outside what you get in the video. Apparently, there is an ongoing investigation into the matter but it seems like not too many people have much to say about the incident except for the fact that they’re looking into it.

However, on the community side of things, people really seem to have a lot to say as the opinion seems to be rather split on what exactly should happen to this officer if they ever can pinpoint who it was. Some are levying on the side of understanding, realizing that it’s a rather victimless infraction, however, others are asking the police officer be held to the same standard as everybody else.

If you follow along with the video below, you’ll be able to hear the full story and see the clip for yourself. After watching a story like this unfold, what do you think should be the appropriate reaction from the superiors in this department? Should the officer get put on a pedastal to make a poin, throwing the full extent of the law at him or should they cut the officer a break and realize that he made a mistake? I guess a lot of factors are in play and only time will be able to tell how the story ends but as of now, it’s churning up to be pretty big news. It will be interesting to see how it all pans out.