When it comes to the likes of some of the impressive electric vehicles that we see ...

When it comes to the likes of some of the impressive electric vehicles that we see either on the market or coming to the market these days, it almost feels like cheating a little bit. Even though we absolutely are in love with our favorite internal combustion engine-powered vehicles, we can’t help but peek at what exactly some of these electric machines are able to accomplish.

It seems like chief among the electric vehicle performance competitors these days just so happens to be a little number by the name of the Tesla Model S Plaid. That only does the plaid forfeit the expense of gasoline in favor of electricity. It also performs like no production car that we have ever seen before.

The plaid was released with lofty promises of low nine-second quarter-mile times. Even though we were a little bit skeptical that an electric vehicle could accomplish something like this and also be relied upon as a daily commuter, those promises would quickly become a reality.

Not only was Jay Leno present for a Model S plaid record-setting run. We also saw the Drag Times YouTube channel showcase a variety of runs where the car not only managed to easily live up to that 9.2-second hype. It also seemed as if the drivers couldn’t get this thing to be anything but consistent.

This time, we check out the Model S Plaid in a little bit of a different context. Instead of making its way down the drag strip, we find a couple of owners of these things who have found their way to the streets. As it turns out, it doesn’t matter if it’s a tuner, exotic, or muscle machine, the Model S plaid seems to have the number of just about every single vehicle on the streets. 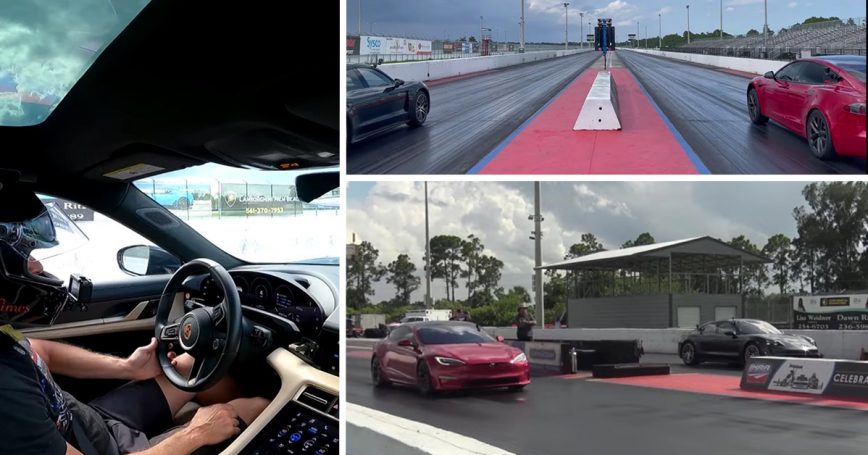