Video Surfaces of Salomondrin’s McLaren Senna Burning to the Ground 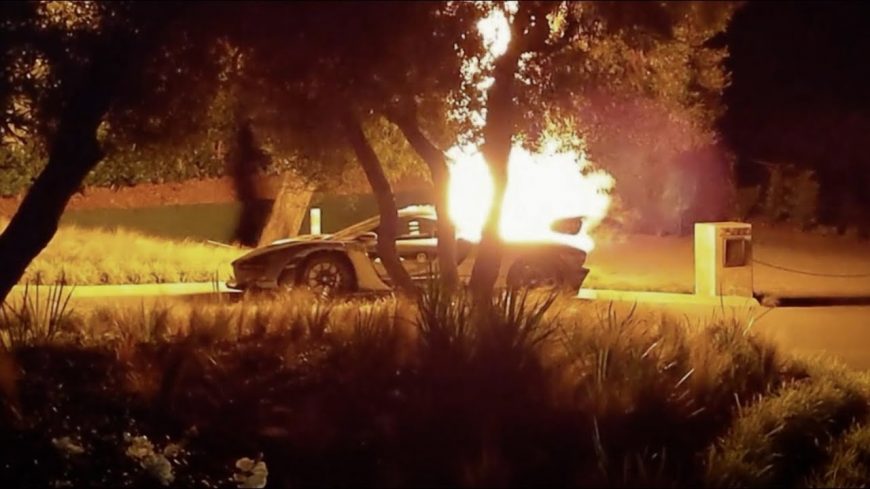 Life really has this crazy way of turning on a dime. One moment, everything could be going just swell, handing you all sorts of rewards for which you can be grateful for. However, the next, things might just change in such a way that will change the way that someone sees the world. Not too long ago, YouTuber, Salomondrin, was greeted with such a situation as he would be riding along in his McLaren Senna, a hypercar that most people with a set of eyes and sense of adrenaline would love to wheel. The next, that very same car would be ripped out from under him, slipping from his grasp in what looks to be a complete freak accident

For those who aren’t familiar with the situation, a week or two ago, news would break that the million-dollar vehicle owned by the YouTube personality would end up breaking out in flames. Naturally, a public release by Salomondrin at the time would say that he really wanted to keep the situation under wraps until he could get his bearings about the whole ordeal. In reality, though, somebody on the scene captured some of the aftermath and wanted to share it. Before Salomondrin knew it, the situation was all out there before he could even figure out what was going on. Evidence seems to support that the driver didn’t really do anything wrong but just wanted his word to be the first thing that came out to avoid speculation. However, speculate the internet did.

As one might imagine, when it comes to handling a situation like this, there actually ends up being a ton to cover. In the video below, we hear the official word from Salomondrin along with some video clips that show how the sequence would unfold. There’s no telling when something like this could happen to anyone and it really seems like, while a heart breaker, Salomondrin is taking it in stride as much as can be expected.