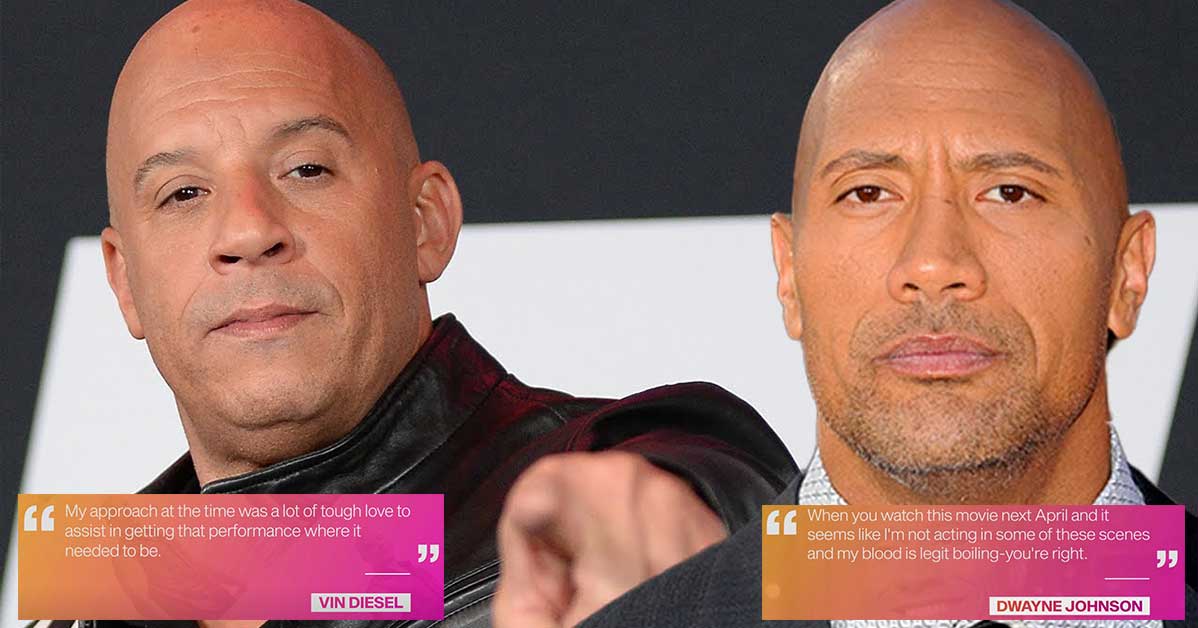 On a film set like that of one of the recent Fast & Furious movies, there are some pretty big stars thrown into the mix. It’s not something that a lot of people think about but all of these big personalities are bound to be different and at some point in time, there are probably a good amount of clashes on movie sets like these.

Apparently, when it comes to these Furious films, Dwayne “The Rock” Johnson sometimes manages the butt heads with his costars. It’s really hard to say if it’s an ego thing, a difference in vision, or just personalities not aligning. However, following a public feud with Tyrese Gibson, The Rock is at it once again.

Vin Diesel has spoken out about his feud with Johnson, saying that it’s all just kind of part of the process. Diesel says that he was simply trying to get the most out of Dwayne to get to the finished product that was best, in his view. However, when Diesel tried to get Johnson to do what he wanted on set, there was a bit of a falling out during the filming of 2017’s The Fate of the Furious.

As of today, it looks like all hatchets have been buried among the cast of the Furious franchise. At the end of the day, some of these arguments are pretty conveniently timed. We aren’t saying that they’re a setup in order to help promote the movie but I mean, who doesn’t love a little celebrity drama? However, we wouldn’t count out the idea that maybe this is one of the ways that Johnson is going back to his wrestling roots, setting up a feud to create interest.

Lastly, it does appear as if “The Rock” will be back in action for the 10th installment of the franchise that has been confirmed to be the first of a 2-part finale.