The British Supermarine Spitfire was at one time one of the backbone of the Royal Air ...

The British Supermarine Spitfire was at one time one of the backbone of the Royal Air Force and was a close match for the German fighters used in WWII. There are still more than 50 of them that are airworthy across the globe, along with hundreds preserved in museums and exhibits.

In the clip below, we see a Spitfire brought back to life for the first time in seventeen years, and with a little persuasion, it fires up and runs great. It does take a little help, though, as the guys working to kick off the Merlin 266 engine flooded it and had to wait on the fuel to evaporate a bit. After waiting for it to clear, the engine hesitates, then fires off and idles like a champ.

The crew hopes to return the plane to the air, but it does have some minor leaks and small issues that need to be addressed before it takes flight again. 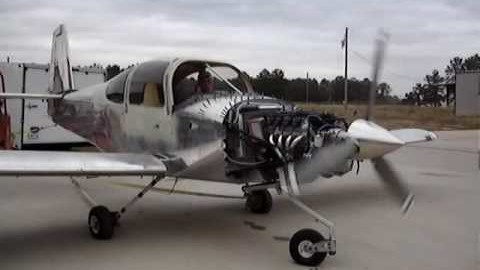