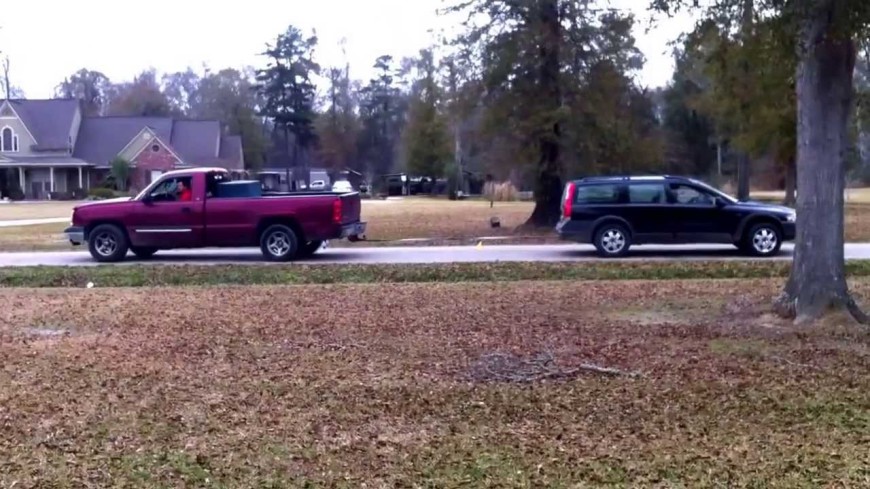 When it comes to a good old fashioned tug-of-war, you normally wouldn’t see a car and truck going head to head in such a battle due to the sheer weight difference.

This time, however, we see a pair going at it in an unorthodox battle that has an outcome that you probably would never expect to see in a million years.

Even though the truck most certainly outweighs the Volvo by a bunch, the Chevrolet Silverado gets completely owned in the back to back battle!

Check out the video below as the pair hooks up and does battle. We think that the Volvo’s AWD system might have had a lot to do with the truck’s defeat.

Need more odd tug-of-war battles? Check out a Corvette and Mustang go at it below!