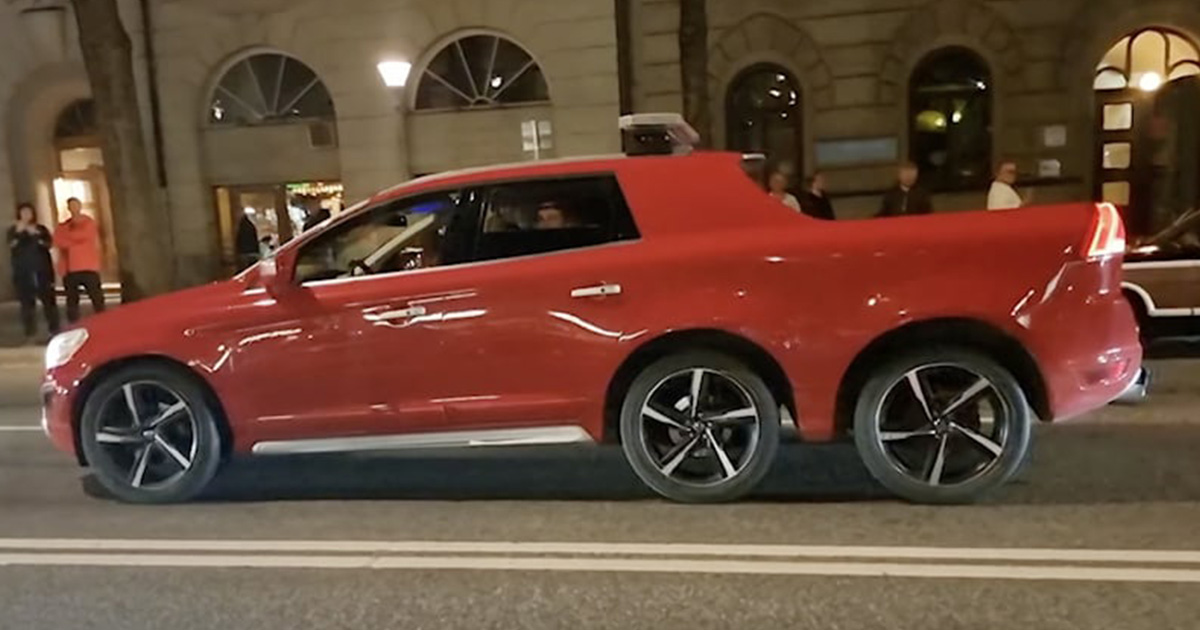 When it comes to six-wheel conversions, it’s safe to say Volvos usually don’t spring to mind. Nevertheless, feast your eyes on a first-generation XC60 that’s no longer an SUV as it has been transformed into a pickup truck with a third axle and a bed. Based on the pre-facelift version, the mesmerizing ute contraption has the R-Design look and was spotted last weekend at a car meet in Sweden.

It made an appearance at the Stockholm Cruising where it shared the streets with many classic American cars and trucks, along with a lovely Audi V8, a latest-generation RS6 Avant, and some old-but-gold BMWs. The three-axle oddity wasn’t the only interesting Volvo at the car meet as we can also spot a mint-condition Amazon sedan. However, it’s the SUV-turned-truck Scandinavian that has us begging the question: Why?

We did a bit of digging and discovered the XC60 pickup most likely represents the work of Swedish company Dalbo Fordonsteknik, which has built its fair share of unconventional Volvos over the years. It’s unclear whether the truck is a true 6×6 or that third axle is simply dragged along. We’re honestly not particularly fond of those five-spoke wheels as they don’t necessarily fit with the truck’s beefy appearance enhanced by the bull bar.

Other noticeable changes include an LED light bar on the roof and louvers on the rear window. The six-wheeled XC60 appears to be in great condition and you’d be surprised to hear it’s not the only truck of its kind as Dalbo Fordonsteknik also built an XC90 ute in black with chrome wheels. The bed has a decent size, although it’s hard to imagine someone would actually load up such a special truck for work.

Via – Motor1.com / By: Adrian Padeanu