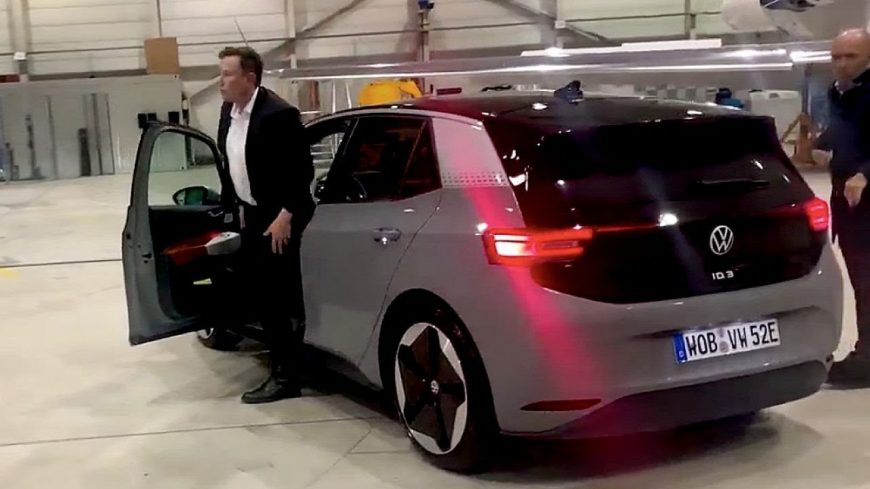 In the world of electric vehicles, it’s basically Elon Musk’s world and we’re all just living in it.

No matter who we ask, it seems like most industry experts agree that Tesla is so far ahead of the curve that it’s not even close. Having taken a massive jump at the beginning of the adoption of electric vehicles, Tesla continues to stay ahead with their research and development. Because of this, other manufacturers can’t help but follow along as best they can.

The race is one that’s going to be interesting to watch as time moves forward. It seems like, in the future of the automobile, every manufacturer needs to have at least some sort of electric offering. Therefore, all that they can do is the best as they can as they attempt to keep up with Tesla.

This time, we get to tune in with one of Tesla’s competitors in Volkswagen. However, it isn’t just us tuning in as we are actually joined by Elon Musk himself. Volkswagen group executive, Herbert Diess, apparently wanted to host the Tesla CEO to test out one of VW’s most recent offerings.

The two would meet at the Braunschweig Airport where Musk would get behind the wheel of the VW ID3. It’s pretty amazing that the CEO of a company like Volkswagen, which has been around forever, asked for a couple of notes from the CEO of a company that has only been mass producing cars for about eight years. In any sense, it’s very cool to see these two working together for the future of the industry and that there is a mutual respect that seems to be shared between them.