Wait, That Isn’t a V8! High Horsepower Mustang Screams on the Dyno With an Odd Combo 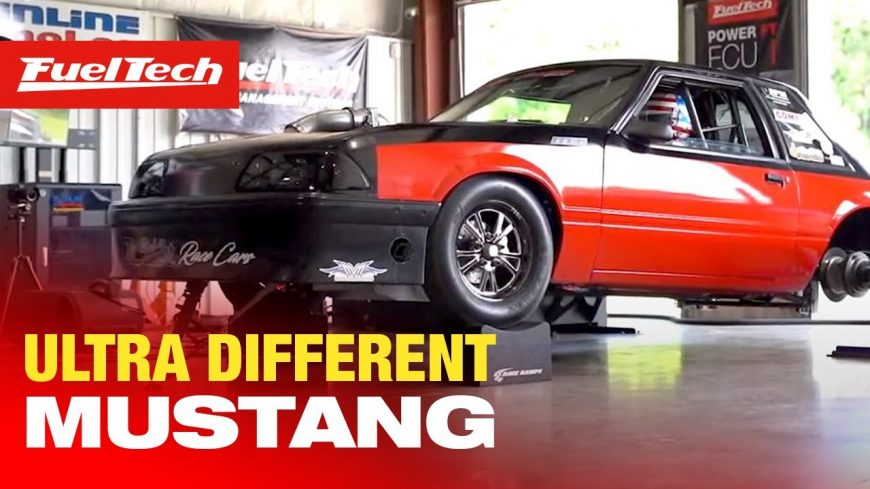 There’s no denying that the crew at FuelTech has some crazy combinations make their way to the renowned hub dyno. The facility has seen some of the biggest names in the industry along with some of the wildest combinations to see the track. This time is certainly no different as we check out a dyno pull that is anything but conventional.

The ironic part about this dyno session is that it actually starts out looking as conventional as it gets. After all, Ford’s Mustang Fox Body platform is about as common as it gets when it comes to drag racing. Actually, there’s likely not even really a close second. If you head to just about any test and tune around the country, there’s bound to be at least a handful of them.

This time, though, we check out a creation from Fiscus Motorsports that redefines what it means to engine swap the Fox Body. Instead of an LS or some modern variation of Ford power, the machine is powered by Buick. That’s right, under the hood of this screamin’ Stang, we find a Buick Stage II V6 that’s ready to take on the world of Ultra Street and other small tire classes. Apparently, the idea spawned around the ever so appealing opportunity to drop a few hundred pounds. When these sorts of races come down to fractions of a second, that weight reduction could be huge.

To get the V6 singing, it’s aided by a 76mm turbo which has sent the car flying to 4.80s in Ultra Street trim. The combination is controlled by a FuelTech FT600 engine management system. Fueltech reminds us that the unit “Includes dozens of standard features for running a turbocharged drag race vehicle. The record-breaking, championship-producing ECU includes sequential injection and ignition, O2 closed loop, Traction Control, Data Logger, Delay Box, Boost Controller, and much more.”

FuelTech also tells us that the owner, Dave Fiscus, has made a name for himself in the Grand National community before deciding to take on this project.

What we’re watching this time is the finished product making its way to the FuelTech dyno to iron out the last of its tuning before heading to the track again.