Wall Slides Out In Front Of Racers, Restarts Entire Race 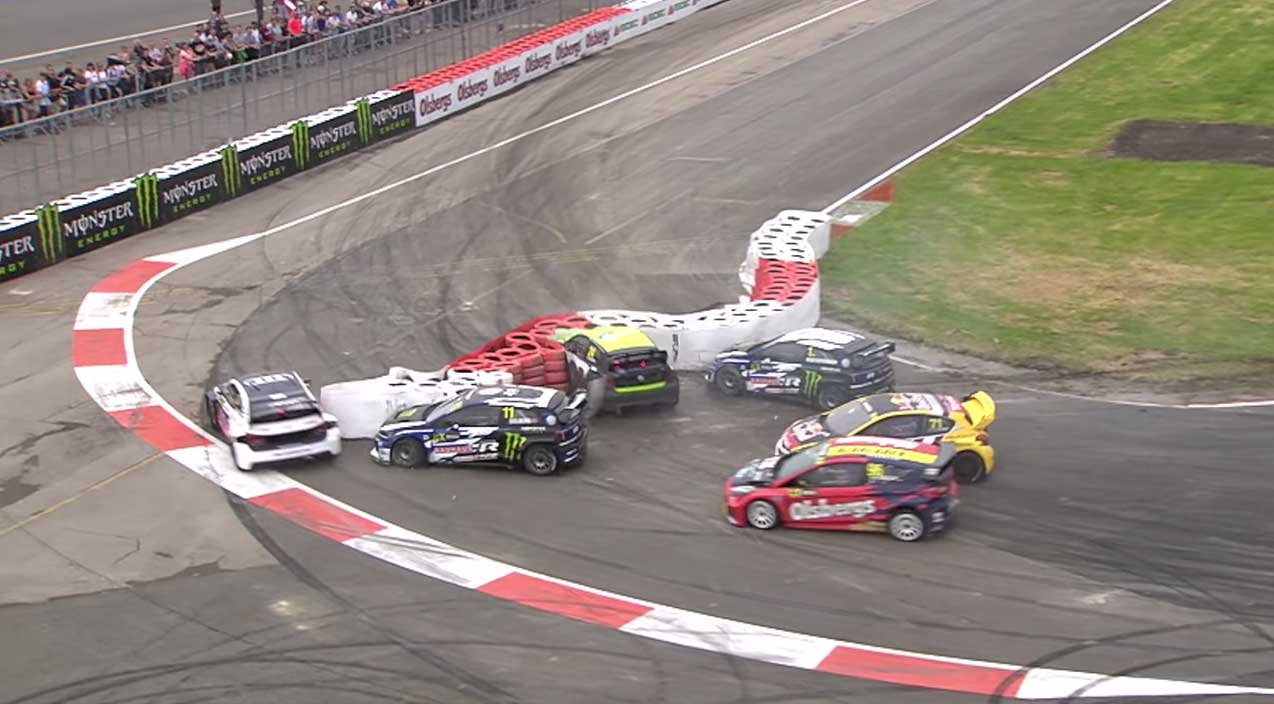 In the midst of a race, in pretty much any capacity, you never know what could happen. Over the horizon, there could be something incredibly crazy waiting to unfold in your lap or perhaps, it could just be another normal race where everything is all smooth sailing. Perhaps, this unpredictability is what really makes racing a lot of fun to watch. In this situation, it just so happened that the sequence that unfolded in the laps of these racers was so crazy that a restart of the race would be necessary.

This is the action that would unfold at the Cooper Tires World Rallycross Championship Great Britain 2018 and it seems like the pack of competitors fighting for position were super hungry to get underway and grab some early position in order to put themselves in a good place to get on with the race. Naturally, every driver wanted to get off to a good start because this could mean an easier path to victory. However, this time, it seems as the competition really got the best of the drivers and a once in a lifetime opportunity would unfold right in their laps, making for a situation that is must-see!

If you follow along with the video below, you’ll watch as the race gets off to an intense start with one driver managing to lift a wheel off of the ground after colliding with a competitor and before losing control and running into a wall that wasn’t secured to the ground. It doesn’t seem like very much damage was done to the vehicle in the collision, however, as the wall was not permanent, it would move swiftly into the racing surface, tangling up most of the pack in one fell swoop. I’m sure that this wasn’t how most of the competitors had envisioned the race going once it got underway but was something that they had to deal with.

To see how it all went down, put yourself in the driver’s seat below.