If you’re given a good set of tools and enough time in the garage, ...

If you’re given a good set of tools and enough time in the garage, there’s no limit to the crazy ideas that you can think up. Some of these ideas might amount to something that could make you millions of dollars in the marketplace and others might not amount to anything more than an interesting YouTube video but even with the latter, I have to say that it can be truly entertaining as we see here.

It turns that this handyman got a little bit bored and decided to put something together with some JB Weld. If you’re not familiar with the chemical, it’s basically welder in a tube that happens to be designed to hold together small components. It’s not exactly what you would call an experienced mechanic’s tool of choice but if you’re stuck in a pinch, it could definitely do the job for you.

This time, it isn’t a small job at all that this guy is trying to tackle. Instead of the recommended use that is probably written right on the tube, this dude is going all out, making an entire piston out of the liquid welder. Now, we have seen a display like this before but what’s different about this one is the fact that instead of a traditional engine, he happens to be using one with a transparent cylinder head that he created, allowing the viewer to watch inside as this one-of-a-kind setup gets put to use to see what kind of abuse that piston can take.

Check out the video below that shows this piston firing off with no holds barred. Will the setup be able to take the abuse that they’re throwing at it or will the JB Weld crumble under pressure? Well, there’s only one way to find out and by checking out the video below, you can get a front row seat to the experiment as it goes live.

How Long Will a Piston Last After Being JB Welded? 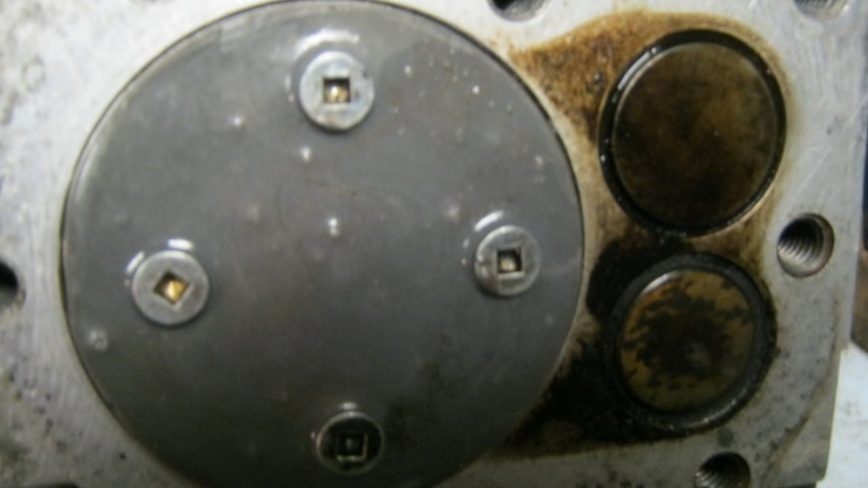