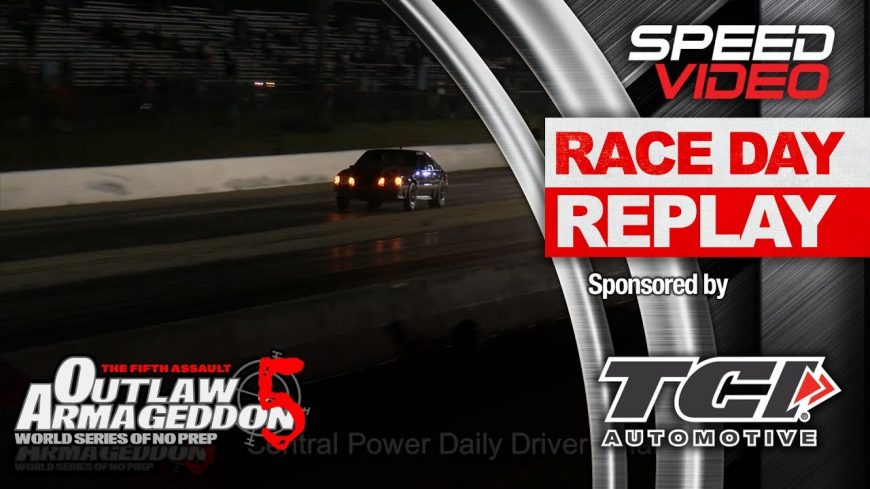 If there’s one way to get the adrenaline pumping, look no further than no-prep racing. As the sticky surface is removed from the track, big power has all sorts of cars sliding around. This creates more than its fair share of drama as fans never know who is going to win! Heck, it’s so controversial, that some folks swear by not competing in it. That’s ok, its their loss, anyway!

As far as the no-prep races around the country get, there are few as big as Outlaw Armageddon. Some might even refer to it as the “Super Bowl” of no prep. With that in mind, some of the most respected competitors in the game make their way back with the aim of taking home victory. This is sure to come not only with a nice purse but also bragging rights that last all year long.

Drivers have to be plenty consistent and fast in order to make it to the final round here. This is easier said than done as they rocket their way down the strip with a heightened sense of unpredictability. When we finally do get to the finals, we find the group that is the most resilient of the bunch.

By following along in the video below, we get up close and personal with those who made it all the way. Just like the rest of the pairings, though, the final round in each class is going to come with its fair share of challenges all the way down the racing surface. By following along in the video below, we’re able to join in with some races that really went down to the wire. Every competitor in the final round of their class should be proud to have made it this far. However, there can only be one winner! – speed video