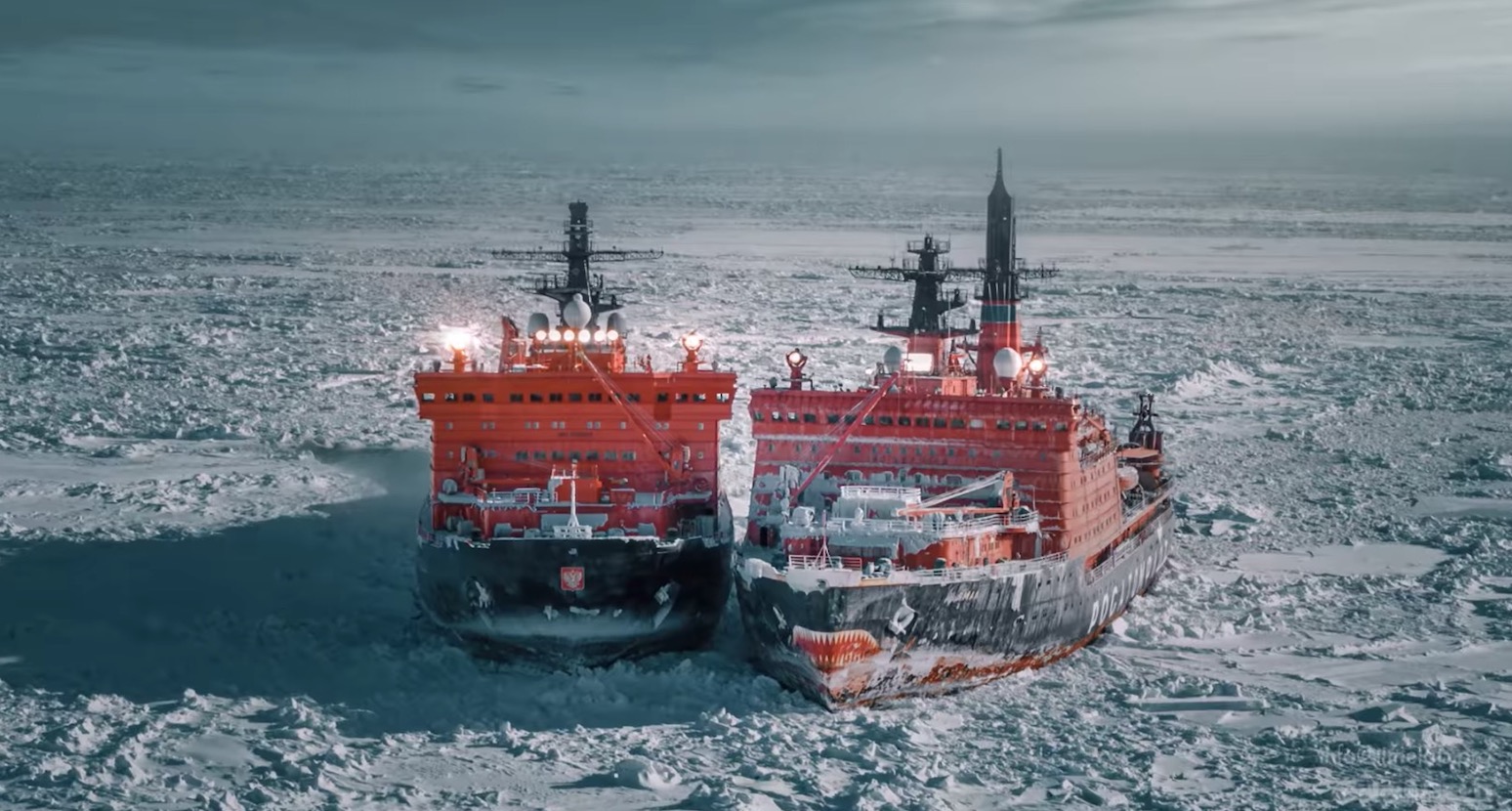 There really is something to be said about all of the things that we as human beings have been able to create and accomplish. When looking at the thick ice lining the surface of the Arctic Ocean, it would be easy to give up. We might just kind of write this off as an area that we shouldn’t travel through. However, someone somewhere had the will to carry through with a project that would be able to conquer the ice. This is where a 75,000 hp icebreaker like “Yamal” was born.

This time, we get a very unique look at an icebreaker like never before. For a machine that makes such an incredible amount of power and is so large, this thing is graceful as it absolutely crushes through the ice. It’s moving through it almost like there’s nothing in the way!

While the machine might be able to get the job done, that isn’t always pleasant, though.

Via the person behind the video:

“This video was shot in the Arctic Ocean in March 2018. For 7 days our crew passed through the Barents Sea to Karsky around the Novaya Zemlya archipelago on the nuclear icebreaker Yamal – we saw the northern lights and polar bears, watched the ships stuck in the ice being towed, and were very cold.”

By following along with the video below, we get going quite a unique ride with such a powerful machine. It’s quite majestic as we’re taken to a completely quiet area that has this brute pounding its way through. I’m sure that there aren’t very many people who would sign up to be out in the cold in the middle of nowhere. However, there’s something that is just so alluring about watching this ship go to work. It almost makes one want to go for a ride.