Watch the Final 8 Square Off at No Prep Kings Virginia 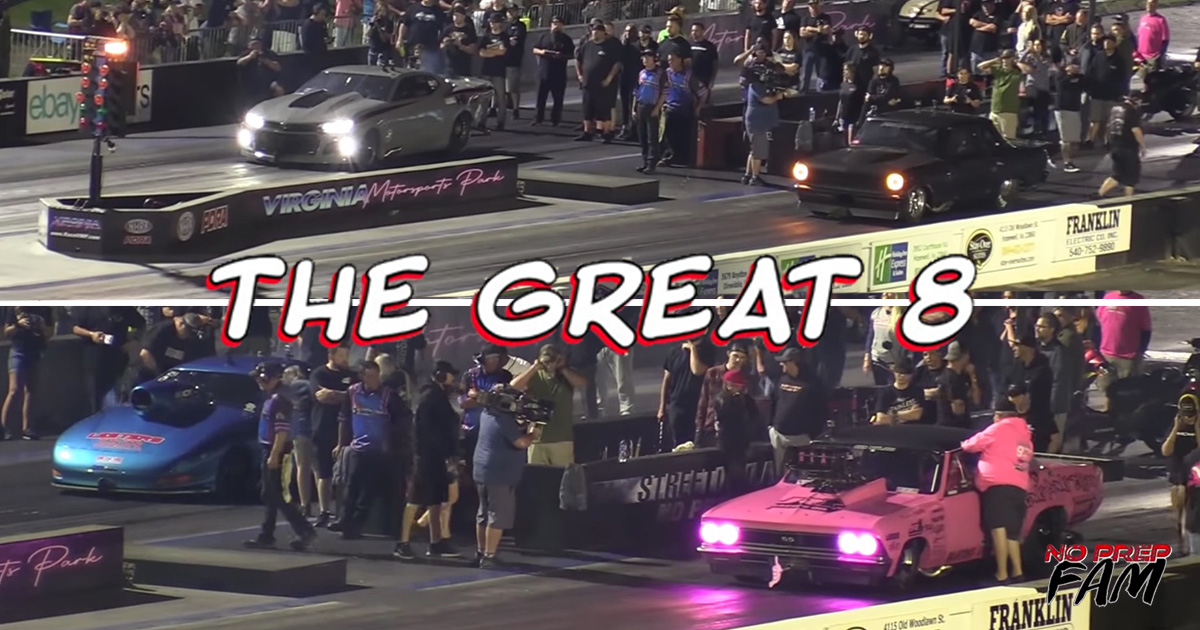 Well, ladies and gentlemen, it appears as if we are officially back in the swing of things once again. As we move toward the summer, No Prep Kings is at peak competition and bringing out the best in some of the community’s favorite drivers. Upon stepping on the premises, one is certain to find a variety of competitors who are at the top of their game. This makes for a lot of fun racing.

This time, we take a ride down to No Prep Kings as it heads to Petersburg, VA to see how things unfold at Virginia Motorsports Park.

This time, we get to check in with the final 8 drivers in the event as they battle it out to see who will have the pleasure of going home on top. It might be early in the season but this is a great time to get the momentum rolling to carry through the racing season and hopefully challenge for the championship later on this year after a long summer of racing comes to a close.

Follow along with the video down below from No Prep FAM as it takes us to the action and gives us that front row seat. This video definitely shows us that this upcoming racing season is going to be one for the ages. With many of our favorite competitors coming back and looking as strong as ever, we certainly seem to have some good racing and lots of action right over the horizon with No Prep Kings 2022.

« GTO Goes Airborne, Launches Over the Wall During Pro 275 Qualifying