Watch The Infamous ‘Ice Car’ Be Liberated From Frozen Shell 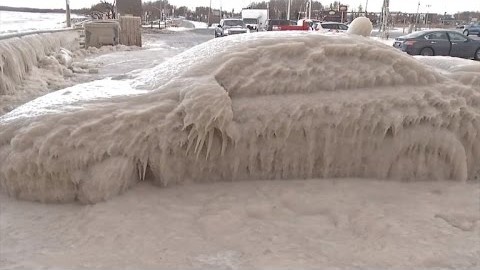 This winter, we came across a car whose owner chose one of the worst spots possible to park it, right next to the freezing Lake Eerie.

As waves crashed and the temperature dropped, Justin Yelen would return to his car to find that it had been encased in ice, making a car-sicle that would trend around the internet.

While many speculated that only warm weather would be enough to get the Mitsubishi Lancer free from the grasp of the cold, Justin had other ideas as he called up a towing company to attempt to free the car.

Check out the video below that will make any car enthusiast cringe as the car is yanked and pulled out of its abrasive slumber in a sleeping bag of ice.