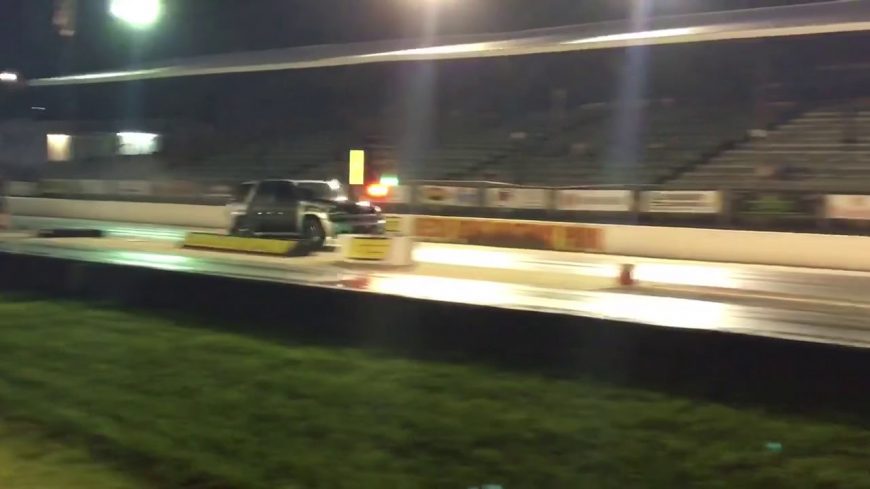 Unfortunately, drag racing season this year has gotten off to a little bit of a stumbling slow start. We aren’t quite sure how the ongoing health crisis is going to affect the season as it goes on. However, as of now, it seems likely awesome moments that we have become accustomed to as each racing season gets rolling have been fewer and further in between for 2020.

One of these seasonal things that we really enjoy is when records start to fall. Depending on the category, there can be a lot of competition and this competition can mean that we watch a record chipped away at over and over again in a short space of time.

Naturally, with fewer racers on tracks around the country, these records are going to be more sporadic. However, when it comes to a familiar face in Matt Cole and his Chevrolet Trailblazer SS, he’s out there pushing that record deeper in the face of this widespread adversity. Let’s just say that a lack of public events didn’t stop Cole from really dialing in the SUV to push the record deeper.

While the Trailblazer SS is a rather popular platform, it seems like this ride is in a class all its own. In this outing, we watch as the Mike Lough 388 cubic inch LS engine with aluminum block screams to life. Within the engine, we find a cam from John Bewley at Full Proof Performance. Top it off with a GT5588 turbo and this thing is powered to fly.

Power is worthless if it can’t make it to the ground, though. To do this, the powerheads through a Rossler TH400 transmission and 9-inch rear end before the new world record stands at 8.28-seconds in the quarter-mile with a trap speed of 168 mph. Cole notes that the truck sits on coil overs as well to help it out of the hole. He also tells us that the TBSS has some recent safety upgrades, remarking that “Chris Coffey at Coffey Race Prep and Fabrication upgraded the cage to a 25.3 to keep me safe.”

By following along down below, we’re able to join in on the scene from Beech Bend Raceway in Bowling Green to watch the magic come to life! We wouldn’t be shocked if this record made it even deeper in the near future. Cole tells us that this was one of two passes during the outing before he blew the intake clamp off.

As he gets deeper into making everything just right, could we see the world’s first 7-second Trailblazer?