Watch These Terrible Boat Ramp Fails Escalate in a Hurry 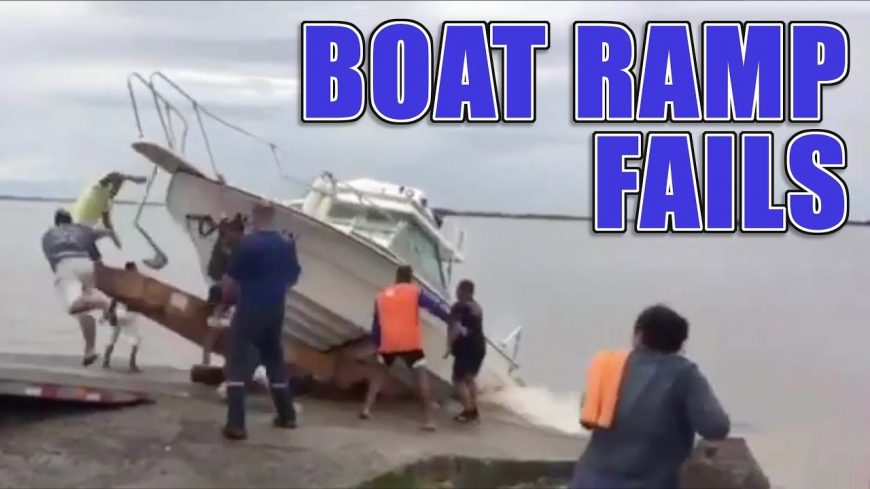 For those who have ever headed out to a boat ramp, they’re probably in the know about just how quickly things can happen out there. In fact, just about any situation on the water can unfold in a hurry.  Failure to keep an eye on all of the important metrics of launching the boat could spiral out of control. Before we know it, a situation can get pretty expensive and downright dangerous as well. It’s certainly not an area to play games in. Getting the job done properly and safely is at the pinnacle of importance in these situations.

In this one, we take a look at yet another group of boat ramp situations gone wrong. While it might look like some of these people just had really bad ideas, looks can be deceiving. Sure, some of the plans here were half baked from the start. These folks were doomed right off of the bat. Others, though, certainly just got out of hand while the person in control wasn’t doing anything wrong. Whether it be to inclement ramp conditions or faulty equipment, Mother Nature simply doesn’t care. She’s taking these boaters down whether or not they were ready for it!

By following along in the video below, we become be a party to the unfortunate and probably pretty expensive. Some of these people actually ended up getting lucky and doing minor damage. Others certainly had everything go about as poorly as possible. Without being fatally injured, some of these situations couldn’t have gone much worse. We’re sure that losing a vehicle in the water certainly isn’t considered a win in very many peoples’ books. Unfortunately for some of these folks, the best that they’ll be able to do is to turn the page. Hopefully, they can take these situations as learning experiences, if nothing else.

« Company Says They Can Already Tune the C8 Corvette, Makes Over 700 WHP on Dyno With Turbo.