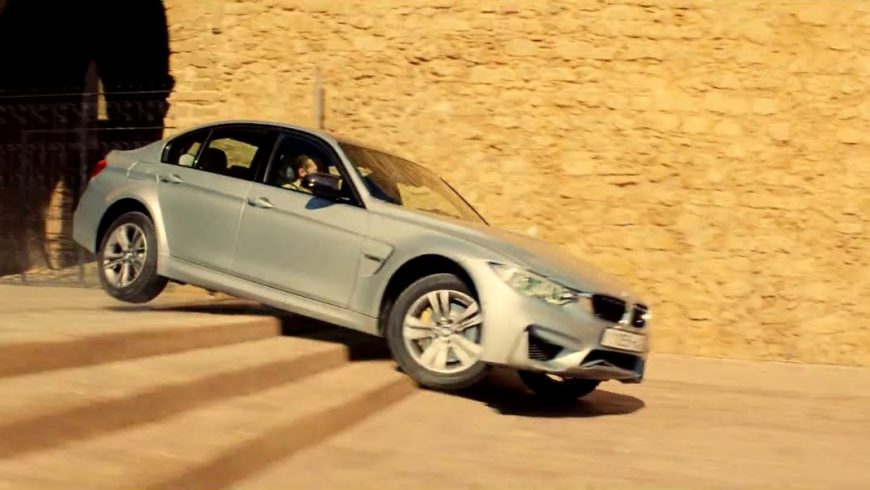 When you see an action movie, one of the biggest features that you’re going to look for might be the special effects. Many times, special effects will be used to make a chase sequence to look a lot better, bringing driving abilities alive through the use of a green screen that really can push and actors’ abilities behind the wheel to the next level. It all might be fake but, when it’s done right, it really makes for a good picture. What many would argue would make for a better movie is that, instead of using special effects, all of the stunts pulled off on screen were real!

In this one, we take a look at exactly why Tom Cruise looks so good behind the wheel in Mission Impossible: Rogue Nation. According to the people behind this video that showcases the stunts, it looks so real because, well, it is. I’m sure that actually going out there and destroying a car in the name of getting just the right shot is probably a lot more difficult than just sprinkling some special effects magic on the scene but on the other hand, I bet that it also comes with an even better outcome as well. I’m sure that different directors have different ways that they like to make scenes like this come alive but, it looks like there’s a pretty good argument for doing the real deal in this film.

Follow along with the video down below that puts you on the scene and shows you exactly how they pulled off all of these stunts, many without having a green screen step in and help them. If you’ve seen this movie, be sure to sound off with what you think about the use of special effects and if more shots should be done without the use of computer magic, like this. I guess that, at the end of the day, whatever gets the shot done in the most effective way is the route that you’re going to want to use. You don’t want to have a whole movie ruined because one shot didn’t come together properly, after all.

« Vacuum Cleaner Company, Dyson, Thinks they can do Electric Cars Better, So They’re Taking a Shot