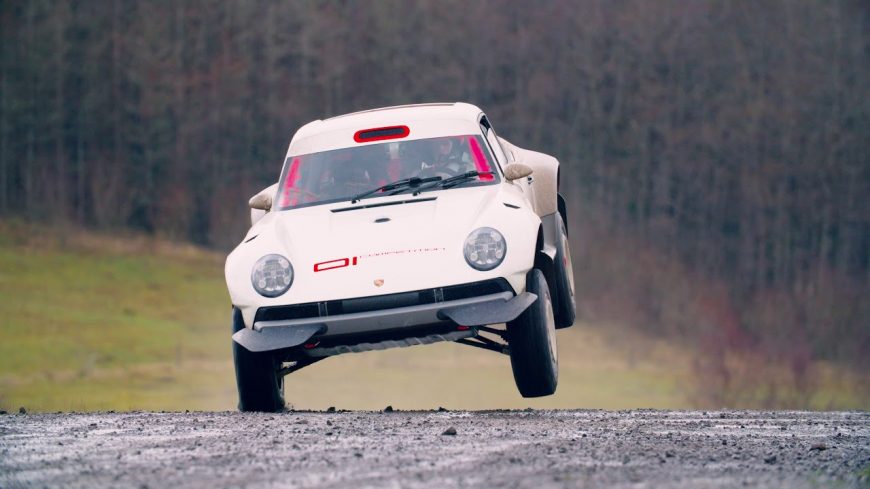 For most people, when they think of a Porsche, there is one iconic design that comes to mind. As much as it might annoy Porsche enthusiasts, the vast majority of people see these machines as rather similarly designed automobiles. Of course, when we dig into the nuances of the machines, they are anything but the same car. However, when the brand is brought up, most of us probably picture the same thing in our heads – a low and curvy sports car. Maybe a couple of folks picture of the recent push at creating an SUV that brand has come up with.

What most people probably aren’t thinking about, though, is an off-road-oriented vehicle. The Porsche brand might be iconic for a lot of things but literally going off of the beaten path simply isn’t one of them. For folks who want to participate in an off-road adventure, there are lots of other nameplates that serve that community well.

This time, though, we check out an effort that goes to the limit with the Porsche platform. The idea here is to take the iconic on-road performance machine and transform it into something that can tackle the elements. At the end of the day, what’s not to love about a Porsche that can be taken a little bit further than the norm?

By following along with a video below from Tuthill Porsche, we get to take a wide-open look inside the new Singer ACS – the ultimate safari 911.

In this one, we follow along with a car that started off with one purpose but was quickly transformed into something else entirely. With the Singer ACS, Porsche fanatics are taking their passion in a whole different direction than one might typically consider.

However, we personally love this breath of fresh air with a Porsche badge on the front.

« Reviewing a 1200 HP Porsche on the Autobahn Just Feels Right