While the comments on this video accuse the maker of being anything from a magician ...

While the comments on this video accuse the maker of being anything from a magician to a wizard, and of course, since it’s YouTube, a liar, we can vouch for the fact that what you’re seeing is simply science in action. It would definitely make a cool magic trick, but it’s actually something you can try at home using a bottle of water and your own freezer.

What’s happening is the water inside the bottle is actually reaching a temperature below freezing, but since the water is still and there’s nothing for the ice crystals to cling to, the water stays in it’s liquid state. By giving the bottle a little tap, it breaks the surface tension and some of the molecules are disturbed enough to allow ice crystals to form on them. As soon as a single ice crystal is formed, others can form upon it, creating a chain reaction process that you can actually watch take place. As the ice spreads, it moves outward in all directions until it reaches the edge of the bottle. When it’s reached the sides, there’s nowhere left to go but down. As we all know, water expands slightly as it freezes, so the downward motion of the ice increases the pressure of the remaining fluid, slowing the freezing process.

Eventually, however, the ice reaches the bottom leaving the water frozen solid when just seconds earlier it had been liquid. If you want to try this at home, just stick a bottle of water in your freezer. Wait about half an hour to an hour and carefully pick up the bottle and tap it on the inside of the freezer. If it’s chilled enough, you’ll see the same phenomenon take place that you’ve just seen in this video. Then you can show your friends how smart you are, or freak them out a little with your magical powers, depending on which approach you take.

Vehicles Falling Through Ice Compilation Will Make You Feel Better About Your Day! 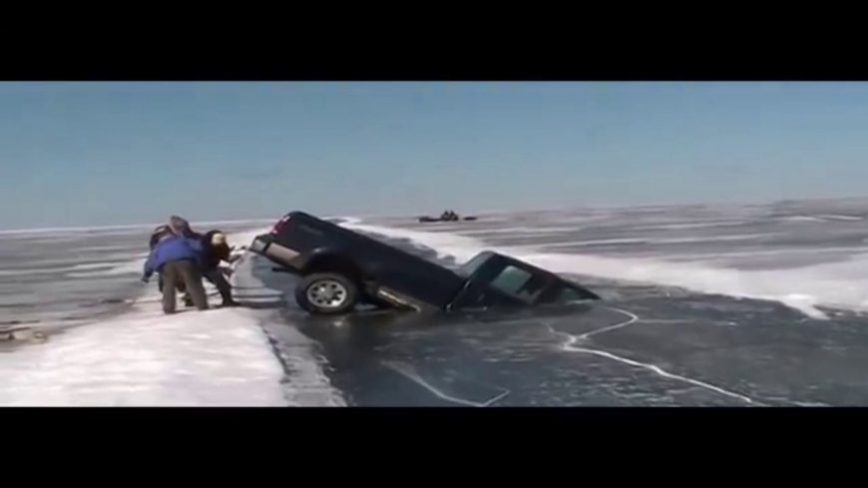