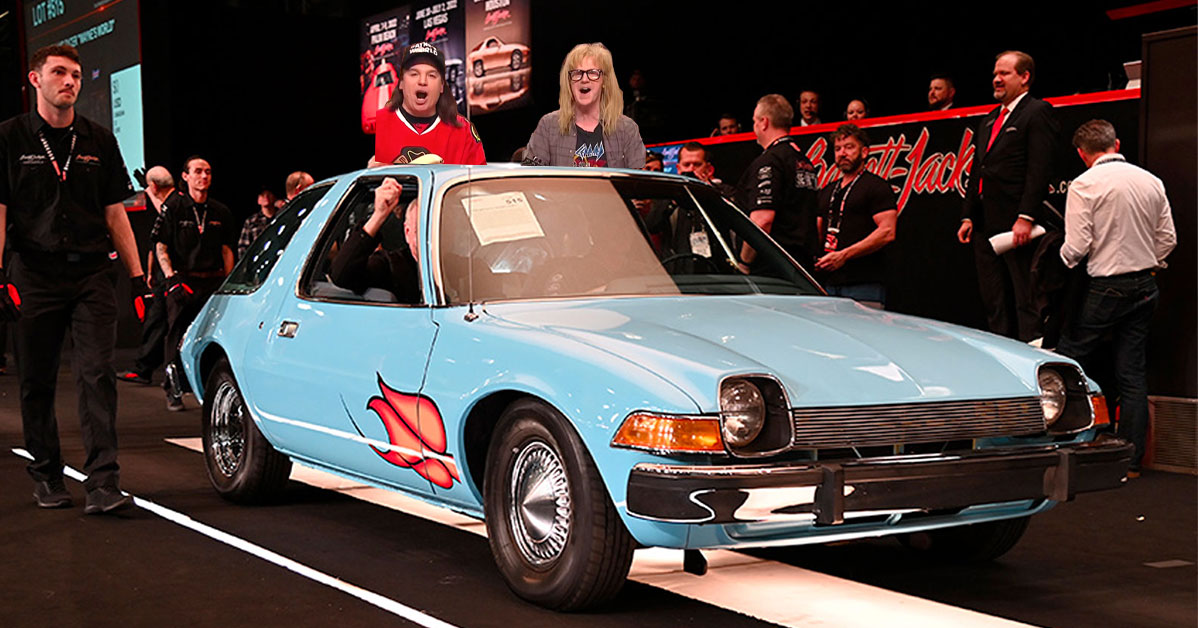 A couple of days ago, we caught wind that the AMC Pacer from the cult hit, Wayne’s World, would be up for sale pretty soon. As the movie was a fan favorite and the car certainly is one that should draw a lot of attention on the auction block, there’s no better place to put it up for bid than Barrett-Jackson.

The only question remaining was exactly how much the car would bring when the auctioneer started to shout out prices. At the end of the day, one would be inclined to think that cars from movies about cars would bring a lot more money. However, with the popularity of Wayne’s World, we would be left to believe that this one had to bring some pretty good cash. Never underestimate how much money someone is willing to spend to get themselves a dopamine rush with some good old-fashioned nostalgia.

So where exactly did the price tag on this oddly unique machine end up falling? Well, when the light blue AMC Pacer rolled across the block at Barrett-Jackson Scottsdale 2022, the bid would climb and climb. Eventually, somebody paid what just might be the most ever paid for an AMC Pacer as the number crossed $20,000, $30,000, and even $40,000 before it would eventually find a resting place at $71,500, including the buyer’s premium.

When we put it all in perspective, that’s actually not that much for a piece of movie history. After all, finding a one-of-a-kind piece like this is something that collectors seek to do for their entire lifetimes.

At the end of the day, this might not be the most expensive car to ever cross the auction block at Barrett-Jackson. However, this one has a certain charm about it, and fans of the film should be pretty happy seeing the final bid when the hammer dropped.