Weld 101: What NOT To Do When Welding On Your Vehicles (Biggest Mistakes Ever) 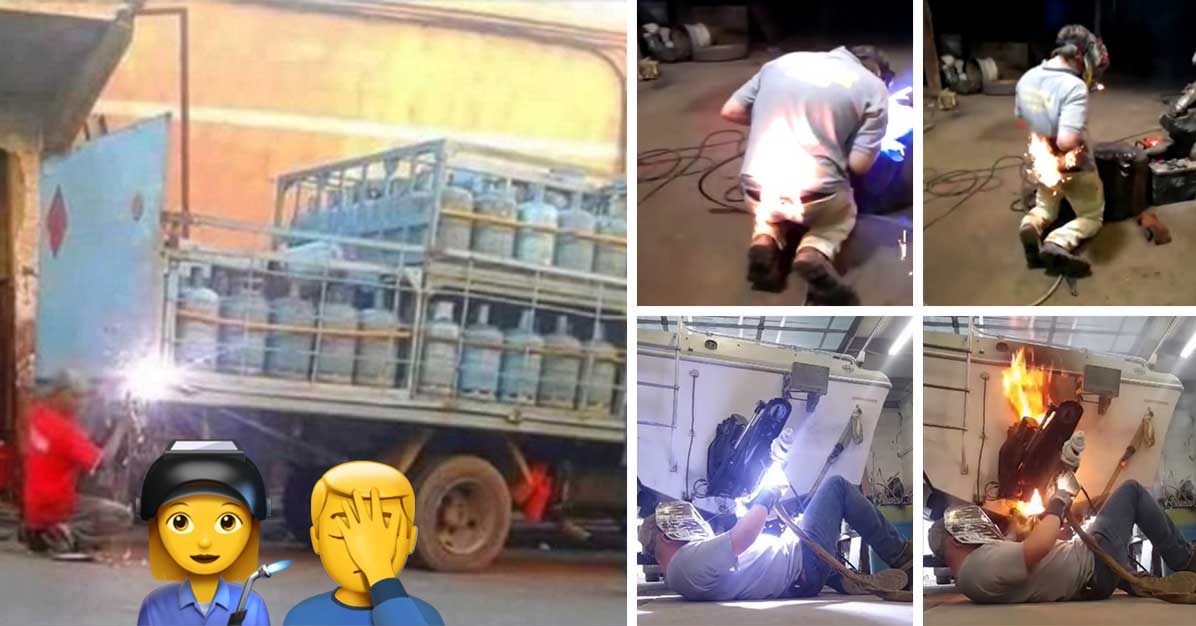 Weld failures happen all the time. Some are more serious than others in terms of cost and potential for property damage and bodily harm. If a weld failure is considered serious it typically gets a lot of attention. Forensics labs and industry experts get called to determine the root cause of the failure. It may cost thousands of dollars to figure out exactly what caused the failure. Because of the high cost of failure analysis, we typically don’t do a good job of diagnosing “minor” failures. If the weld that attaches the hinge of the ramp to the frame of a utility trailer breaks we may have an unhappy customer.

We go to the field, we repair our weld, and go back to doing things the same way. It is of utmost importance that we evaluate every single weld failure. Even if we are not experts, there is a lot we can find out by evaluating the failure in order to avoid future problems. Keep in mind that even experts that conduct failure analysis on a regular basis sometimes cannot come up with the root cause of the failure. Instead, they provide a list of recommendations which if followed, should prevent future failures. One of the most important things to keep in mind when diagnosing a weld failure is that most failures are not caused by a single problem. Rather, they are a combination of many things. This is what makes failure analysis difficult at times.

Many of the customers that call us in to help them determine the cause of a failure tell us that nothing in their manufacturing process changed. The vast majority of weld failures have more than one root cause. This becomes a problem when we are trying to figure out what went wrong so that we can prevent it from happening again. To illustrate this problem we’ll share a brief summary of a weld failure analysis we conducted for a customer a few years ago. The reported problem was a shaft failure that caused the barrel of a concrete mixer to be unable to spin. The end-user lost the load of concrete and the fabricator of the truck lost a lot of money having to replace the truck. The initial evaluation from the fabricator was that the customer probably overloaded the barrel. Their solution was to make the weld with a higher tensile strength filler metal…

Welding Workers Who Are Professional and Experts Of High Level.

« Will We Ever Overcome the Global Chip Shortage? Here’s Why it’s Difficult