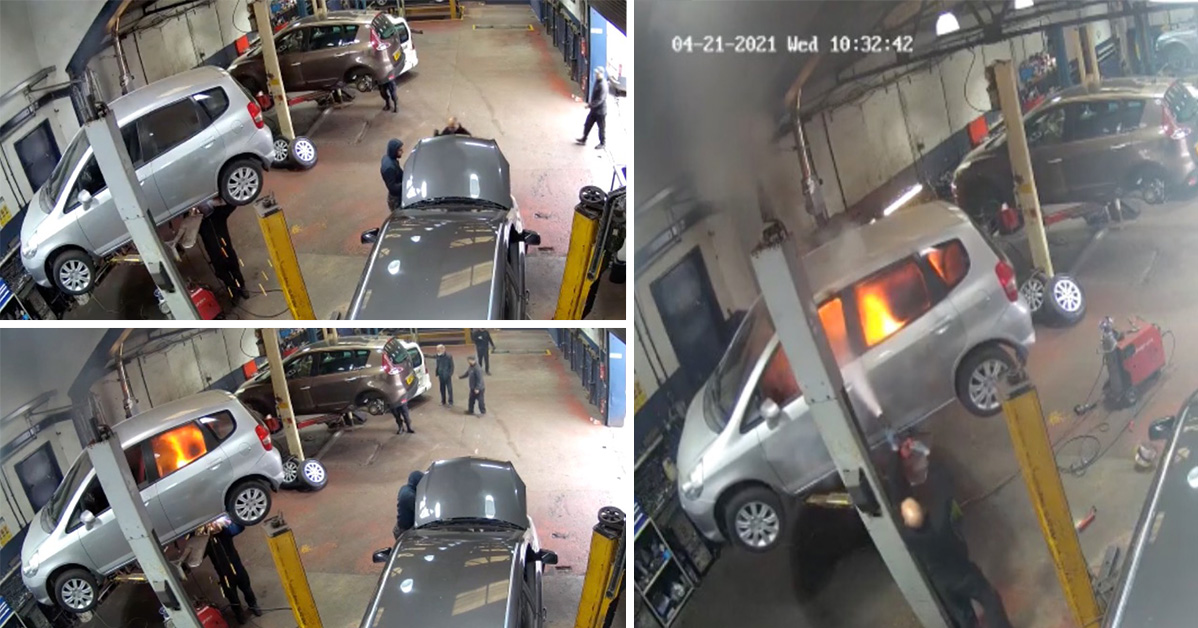 None of us are perfect so at some point, we’re bound and have a bad day at work every once in a while. Let’s just say, though, that this bad day can come in a variety of different levels.

For some, this might be mean sitting in traffic for a while and being late, and getting a stern talking to. For others, maybe it means being handed off some work that they don’t want to do. However, sometimes, we check in with situations in the viral internet atmosphere and we don’t feel so bad about our bad day at work, after all.

This time, we check in with an individual from the United Kingdom who certainly had quite a hot situation on his hands quite literally. As the mechanic was welding something underneath the vehicle on a lift, things would quickly spiral out of control and this poor dude had no idea what was going on.

Apparently, the heat from the weld was getting inside of the cab and got things hot enough to the point where the interior of the vehicle caught on fire. Naturally, this isn’t going to be a situation where things fail to spread. Basically, everything inside of a vehicle is primed to go up in flames. Before someone could see the fire to put it out, the fire spread incredibly quickly. Eventually, everyone was being pushed out of the shop door as the machine filled the area with smoke.

Fortunately, it doesn’t look like anybody was injured. However, we’re pretty sure that that car is going to be totaled. In addition, even though it wasn’t necessarily this mechanic’s fault, you can bet your bottom dollar that all of his coworkers are going to be making fun of him for a long time to come.

« He Slapped $10,000 Wheels, Lift Kit On Classic GMC, He Might Purposely Destroy It