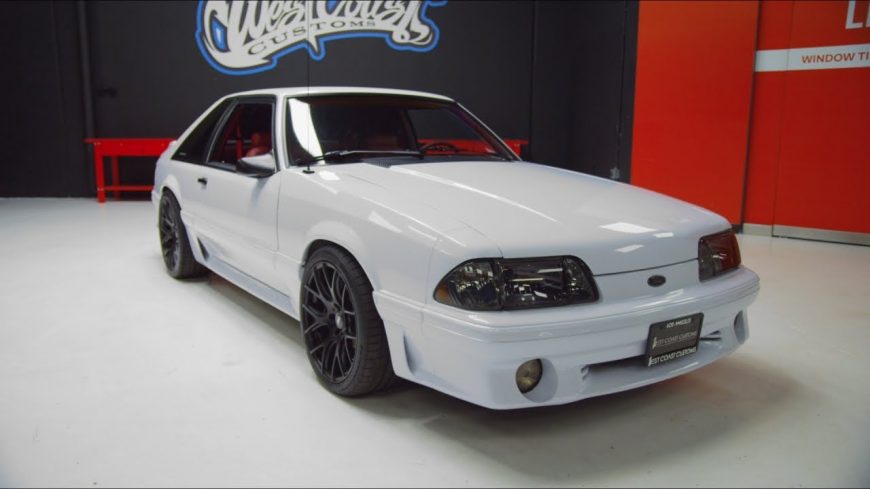 If you bring up the name West Coast Customs, you are definitely prone to think of the shop that built some of the most extravagant vehicles that money could. They definitely have known been known for their custom flare with all sorts of top dollar cars for celebrities or even taking classics and other sorts of interesting machines and putting their own twist on them, investing tons of effort and know-how into providing customers their very own custom built vehicles that will really make you look at them and think, “Wow, that’s one-of-a-kind machine.”

In this particular situation, however, we check out a build from the shop that’s a little bit more low key. If you heard that West Coast Customs was working on a Fox Body Ford Mustang, you might think about something wild and crazy, a machine that really wows everybody with features much like you would’ve seen in the shop’s old days when they worked on shows like Pimp My Ride. Instead, though, it turns out that they just put a whole bunch of effort into making one clean machine, a Fox Body that could really turn heads for the right reasons.

If you follow along down in the video below, you will see exactly what features brought this car together in just the right way so that this old-school machine that maybe needed a little bit of waking up could shake the dust off and really show you what the full potential of the vehicle like this looks like. When it comes to machines like this, it’s definitely no secret that the Fox Body is one of the more common platforms that you’ll run across, however, with just the right touches, it can really be something that pops and everybody falls in love with. We think this might be just that car.

« Interesting Road Inventions That Are on Another Level