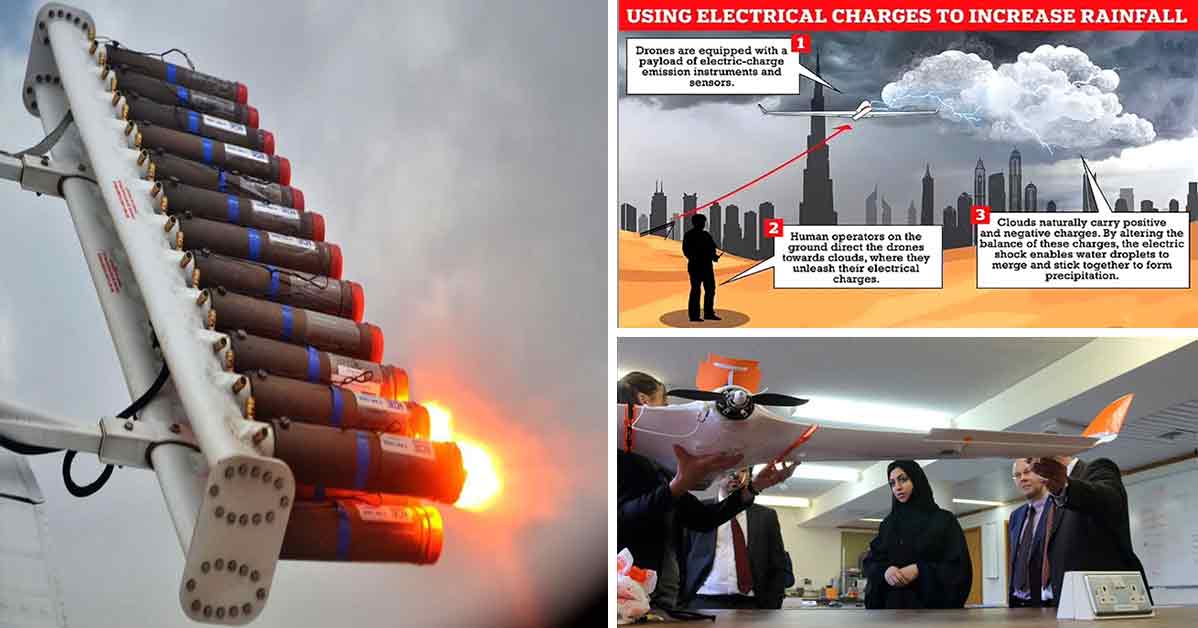 In certain areas of the world, a lack of rainwater can definitely put a damper on things, no pun intended.

Sometimes, these droughts are temporary and farmers could really use the water to help their crops. Other times, though, areas like Dubai are rather arid and incredibly hot all the time.

While some might have joked about the ability for technology to change the weather, it looks like that reality might be right around the corner. As it turns out, the folks in Dubai have begun to make their own rain, according to Daily Mail. The way that they do this is by sending a variety of drones up into the sky to essentially bring clouds closer together. Our understanding of the technology is that the drone will send an electric charge into the clouds which will clump them together. This process should go a long way toward increasing the chances of rain.

So far, there has been about $15 million invested in the effort of “cloud seeding.” Not only could this help with different agricultural efforts but may also help to control the weather a little bit in areas like Dubai where it seems to always be incredibly hot. We’re sure that when they get consecutive days of over 100° weather, a little bit of a break is certainly more than welcome.

Just what kind of bigger impact this sort of technology is going to have on the world is yet to be determined. However, we have to admit that the premise is incredibly exciting, especially when considering some of the areas of our own country here in the United States that my experience droughts now and then. Just imagine how helpful something like this would be when a wildfire breaks out on the West Coast which seems to be a pretty common phenomenon.

« Cars Can Fly! Camry Goes Soaring in the Air From Nearby Overpass, Almost Clobbers Another Car