What Are Bluetooth Driveshafts and Why is This Guy Having Issues With Them?

What Are Bluetooth Driveshafts and Why is This Guy Having Issues With Them?

In the world of truck builds, form and function fans always seem to clash opinions, ...

In the world of truck builds, form and function fans always seem to clash opinions, with some diehards pushing toward a truck’s functionality not mattering as it has been designed for show purposes while other truck fans claim that if a truck isn’t functional, it’s pointless, and a third group of people who don’t really seem to care either way.

For those who happen to be in the “fans of function” category, a video like this is definitely something that you’ll find them hammering away at in the comments section. Right or wrong, that’s the way that it will probably always be as there’s a lot of people who just like to hear themselves talk in arguments like this. When it comes down to it, shouldn’t the “right” answer lie with the people who spent the money on the truck?

Anyways, this time, we have come across a showpiece that many in the world of trucks would say is fitted with what is known as a “Bluetooth driveshaft.” Essentially, the term will be used when the front driveshaft is removed from a show truck like this for the purpose of making transport just a little bit easier and is designed to poke fun at the lack of a shaft!

Any way you slice it, this time, our buddies over at Triple-X Motorsports captured a scene that shows us a mighty large truck struggling to make its way over a rather small obstacle as that handy dandy Bluetooth driveshaft simply refuses to engage for the driver!

2017 King of the Hammers Qualifying Day 1 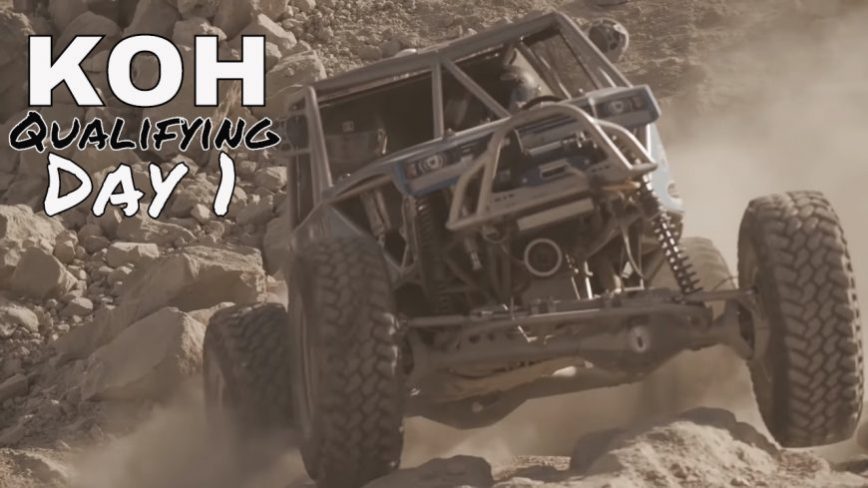