What Are The Benefits Of Individual Throttle Bodies?

What Are The Benefits Of Individual Throttle Bodies?

In most applications these days, air will be regulated as it flows into the ...

In most applications these days, air will be regulated as it flows into the engine through a single throttle body that opens and closes a blade via cable or maybe even electronically depending on how much you depress the accelerator to control how much air is flowing through the engine.

However, some folks and manufacturers might decide that a single throttle body isn’t the method that they want to use for air induction control. Instead, they will opt to go with multiple throttle bodies, sometimes even having one for every cylinder that the engine boasts.

This time, we get informed of exactly what the difference is between having one or multiple throttle bodies thanks to some key info from the guys over at Engineering Explained. Intuitively, it would almost definitely seem like having more equipment like this would be a lot more difficult to regulate but when the facts are laid out in front of us, is that actually the case?

Check out the video below that explains the differences between the two kinds of setups. Sure, having eight throttle bodies hanging off of your engine might look pretty cool trick but is it worth it in the end? Will this kind of setup cause a tuning hassle and potentially make more issues arise in the future? Find out everything that you want to know right here and right now!

4 Reasons Why The Rotary Engine is Dead 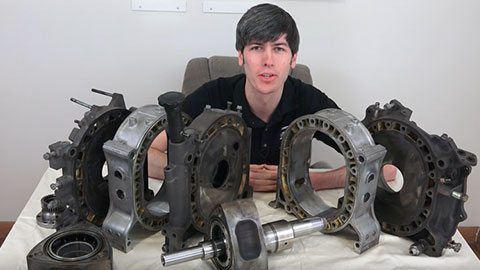