What Can You Tow? Before You Tow, Watch This. The Ultimate Towing Guide

What Can You Tow? Before You Tow, Watch This. The Ultimate Towing Guide

Pulling a trailer seems like a relatively simple endeavor on the surface. At the end ...

Pulling a trailer seems like a relatively simple endeavor on the surface. At the end of the day, it’s nothing more than finding the right size trailer ball and slapping it on the back of your vehicle, right? Well, when we dive a little bit deeper, it’s much more than that. Being able to safely tow a load is certainly something that takes a little bit of practice and probably a little bit of research as well.

At the end of the day, somebody who just goes for it is the most likely to end up in a bad situation. This could come in the form of damaged property, whether it be your own or somebody else’s. In a worst-case scenario, it could even be personal injury or maybe even death that results from trailer negligence. Therefore, it’s a good idea to make sure that you know what you’re doing if you have a trailer behind your truck.

Where would you start with something like that, though? While there are classes that can teach you how exactly to safely do these things, there are also plenty of resources on the internet that might help one to understand what to look out for.

This time, we dive into a video that is a really good kicking off point. This one kind of gives you an idea of the “dos and do not” when it comes to how to tow a trailer. It also explains some of the situations that one could find themselves in should they do something illegal with the trailer. Believe it or not, it’s a lot easier to break the law with one of these things than most may think.

This isn’t an end-all guide to trailers. However, after checking in with the video below, we think that most will have a much better understanding of some of the precautions they should take before heading out on the open road.

How To Load a Motorcycle Into a Truck Without Fail 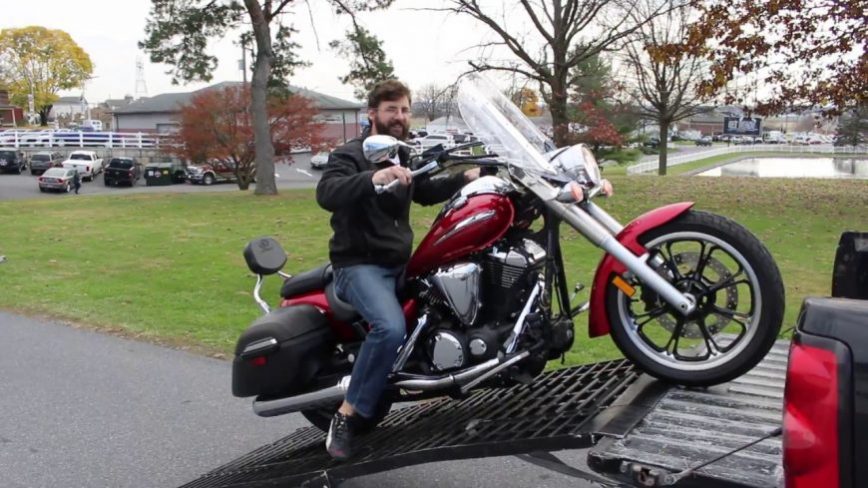