What Does it Take to Beat a Plaid!? 1200 HP Nitrous Demon Takes the Plaid Test! 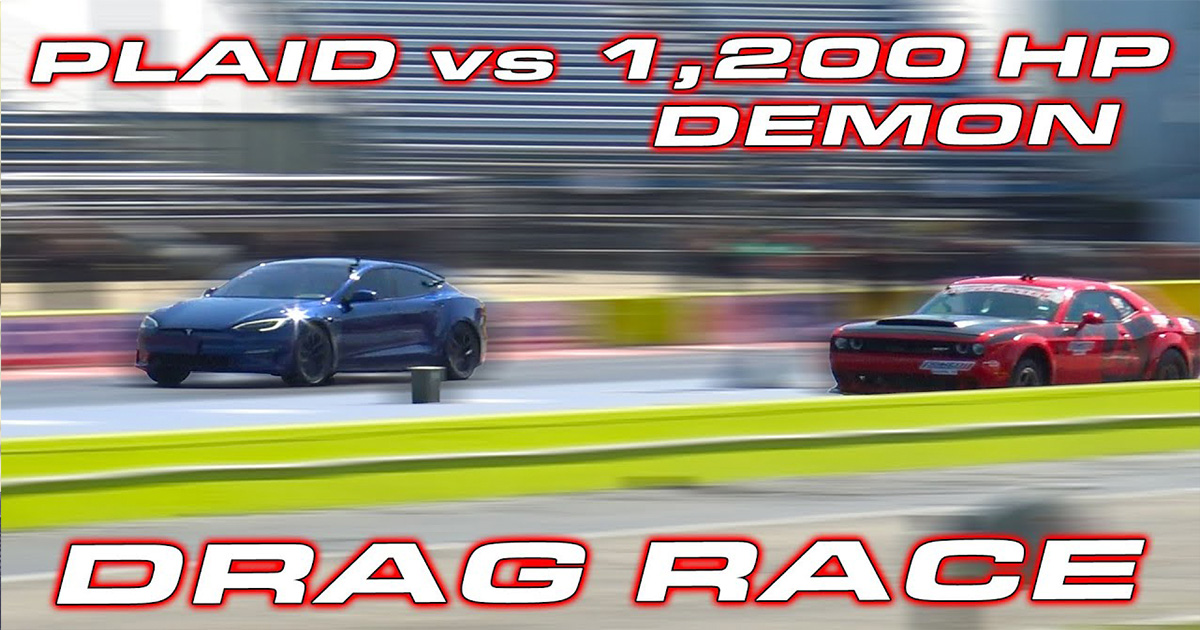 On the surface, electric vehicles might look like something designed just to save a little bit of money on gasoline and maybe help out the environment. However, what Tesla has shown us over the past couple of years is that these things can hit pretty hard in the performance category as well. They aren’t only there to act as something to help avoid the pump but instead are some of the fastest cars that have ever been mass-produced.

Tesla Model S Plaid, for example, managed to set the record as the fastest production car to ever make its way down the quarter-mile.

Ever since Plaid’s release, just about everything has been compared to this electric monster. We’ve been pretty surprised at how resilient it’s been as it’s taken purpose-built racing machines to take down the luxury sedan and even then it can be close!

This time, we check in with yet another Plaid that means business. In the next lane over, we find a stout challenger in the Dodge Demon. This isn’t just any Demon, though, as the car put together by YouTube creator, Demonology, boasts a little bit of nitrous and some other go-fast goodies that are able to get it to 1200 hp. Not only that but the car is shifted by a Rosler turbo 400 transmission which definitely helps out in a straight line as well.

Down in the video below from DragTimes, we get to dig into this match-up to see if the 1020 hp electric streetcar has what it takes to stand up to a 1200 hp machine that seems to have seen a good amount of work in the name of drag racing. After a comparison like this, I think that a couple of people are going to be looking at Tesla in a different light from now on.