What Happens if you Pull an Electronic Parking BRAKE WHILE DRIVING?

What Happens if you Pull an Electronic Parking BRAKE WHILE DRIVING?

Have you ever been rolling down the road and wondered what would happen if you had ...

Well, if you’ve ever thought about it, there’s a good chance that you might not be brave enough to try and for good reason. If it actually works, there’s a good chance not only that you could do an insane amount of damage to your car but also that you could lose control and end up doing damage to your body and to other drivers on the road. Losing control by locking up your brakes is the last thing that you want to do when driving around a heavy machine, especially one pulling a heavy trailer like we see here, is to put in jeopardy the safety of everyone around you as it’s left in your hands.

This time, we check out a little test that we presume had some research to back it up but still leaves us curious nonetheless. In what looks like a Super Duty Ford pickup truck, the guys behind the markfreeman408 YouTube channel head out to the streets to see what will happen when they do just that! These newer cars are generally hooked up with enough safety features to protect an entire colony in a small war but you never know what’s going to happen out there! Something could go awry and send this whole demonstration off of the rails and turn it into another video entirely!

Check out the video below as the late model car shows us what’s what when it comes to shifting to park on the highway. I would imagine that it would become even more of a game of “Russian Roulette” if the car was aged a couple of decades and tossed some of those safety features to the side! After watching the video below, we would love to hear your thoughts on exactly what a demonstration like this brings about when it comes to the safety features implemented by these newer vehicles.

Police SEIZED YouTuber's Car and Sent Him to JAIL! 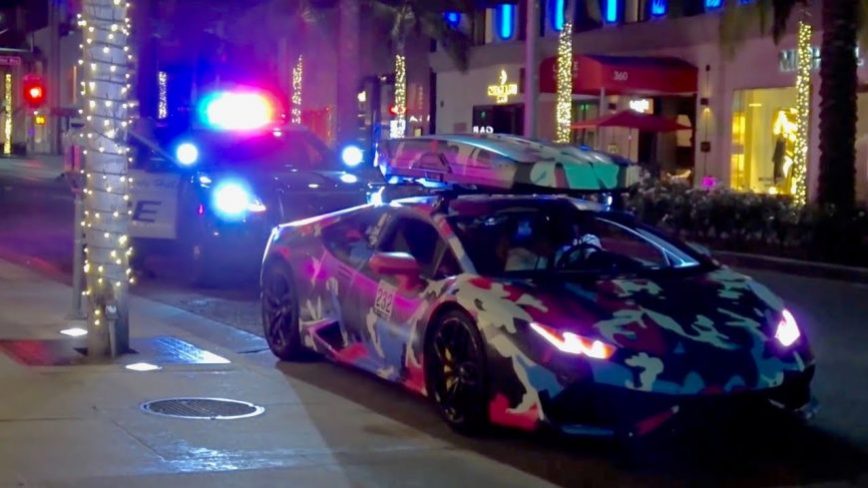