What Happens When Everyone on an Airplane Passes Out After Loss of Cabin Pressure? 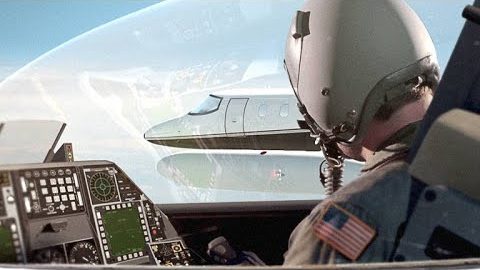 As they say, if you’re getting ready to go flying, odds are that you are much more likely to get into a car accident on the way to the airport than you are to have a fatal issue while in the sky, however, while these issues are far less common up there all of those feet above the ground, if an issue does arise, it would probably end up being a lot more serious than any issue that you’d commonly have with your car. This time, we take on the example the 1999 flight of Learjet 35 as things seemed to go incredibly wrong which would lead to the incredibly rare happening of a rogue aircraft wandering through the sky with no conscious people onboard.

As fate would have it, the cabin pressure of the aircraft would end up immediately being lost which would leave everybody on board incapacitated, including both the crew and the passengers as they couldn’t react quickly enough to come up with a solution to keep them breathing.

As a result, the plane would go rogue, continuing to fly by itself, hurling through the sky to continue on until the craft would run out of gas. As you could see, with a plane falling from the sky eventually, this would cause quite the issue to solve for those responsible. While the people onboard had no way of being rescued, the devastation that was to come may have been preventable.

If you follow along down in the video below, you’ll be taken to the scene that reenacts that fateful day, showing you what it was like for those who were on the ground and trying to come up with a solution as to minimize the collateral damage that would most certainly go on when this plane eventually would fall from the sky. In a terrifying situation like this, it takes an incredible amount of bravery to come through with a solution. It almost makes you wonder why there aren’t emergency remote controls for all aircraft in this day and age of technological advancement.

« Kye Kelley’s “The Shocker” Bounces back after nasty crash, and wins!