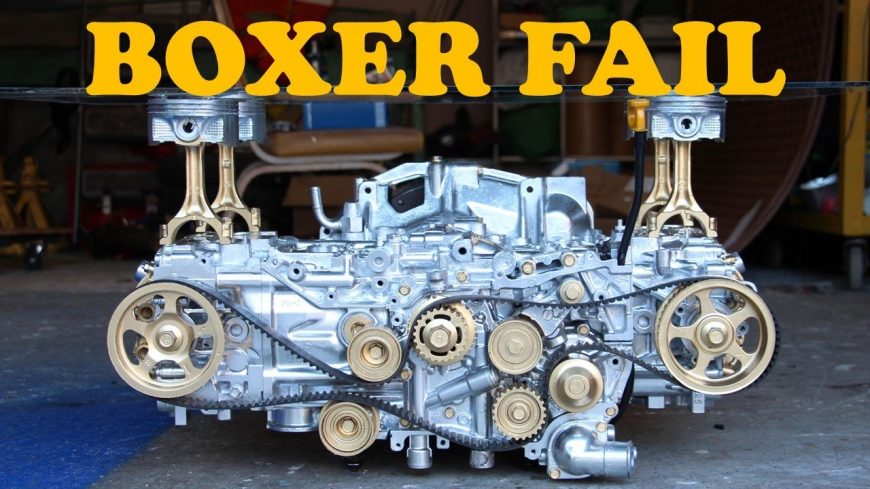 In the world of engines, we have found that keeping it simple is generally most effective. Sure, new technology is implemented now and then to gradually improve designs. However, redesigning the wheel, if you will, hasn’t been known as a great strategy for the long run over the years.

Those engines that sit on the Mount Rushmore of the greatest of all time generally tend to share some conventional design. On the other hand, though, if nobody tries out new things, we will always remain stagnant. In fact, Subaru might be one of the companies trying to innovate something different that actually had their plan pan out.

With that in mind, when you pop the hood of a Subaru, you’re likely to find something rather unconventional. In the brand’s entire lineup, it features what’s called a boxer engine. This means, instead of the pistons moving in a “V” or inline pattern, they move on a horizontal plane. For somebody who knows nothing about this engine, it probably seems like an unnecessary risk. What does the boxer engine bring to the table when it all plays out in reality, though?

If you browse around and ask different people, there will probably be a rather mixed response. This time, though, we caught up with a YouTube channel that is going through a boxer engine and giving one opinion on how the engine performs. The speedkar99 channel seems have come across a Subaru EJ25 engine that has seen better days. In this demonstration, they’re breaking it down to show us what happened.

On the journey to the inside of the engine, we’re also are able to learn a little bit about common failure points and other nuances of this application. At the end of the day, just like any other application, Subaru’s boxer design comes with both good and bad. After all of these years of having the design in place, though, they have to be doing something properly, right?