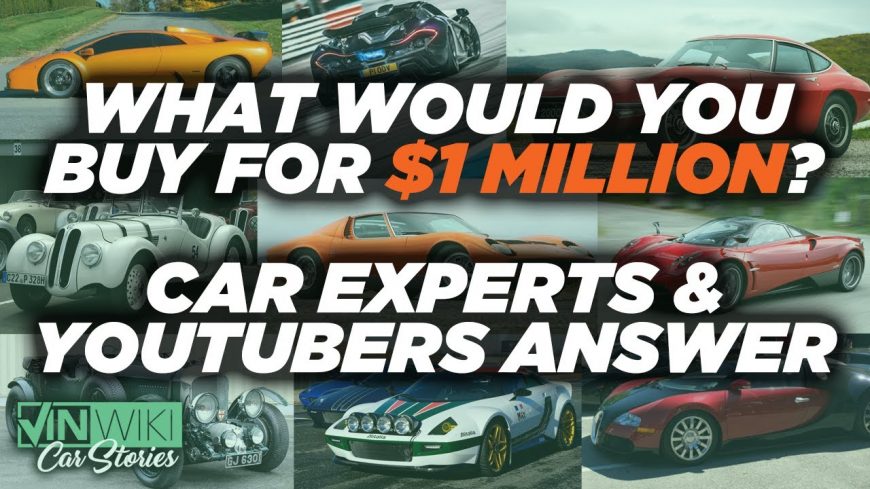 Realistically, the vast majority of people are never going to have $1 million to spend on a car. We don’t mean to be a downer but let’s be real, here. Even if somebody did have $1 million to spend on their car collection, it likely would be on more than one vehicle. As car enthusiasts, we have lots of favorites and most of them likely aren’t in the seven-figure range.

However, the question comes to life over on the VINWiki YouTube channel, as to which car someone would buy with such a budget. It’s definitely a fun question to think about. If you were spending that sort of money on a single vehicle, what would you buy? It’s pretty mind-boggling to think about the cars that cost this much. After all, it’s enough to buy four average American homes with money left over or maybe just one awesome home with a big garage and a couple of toys.

In order to answer that question, VINWiki turns to automotive influencers from around the community. Some of their answers include nameplates like Ferrari, Porsche, and Lamborghini. However, there are other nameplates that we would not expect so much to find on a list like this. Everybody has their own personal taste. When it comes to spending big-money, those tastes really come out.

By following along with the video below, we can start to brainstorm what we’re going to do when we finally have the funding to buy that million-dollar vehicle. With all this time at home, now is a better time than any to fantasize about hitting it big one day. Do any of the cars on this list tickle your fancy? Would you go in a completely different direction when it comes to dropping that sort of money on a single car?