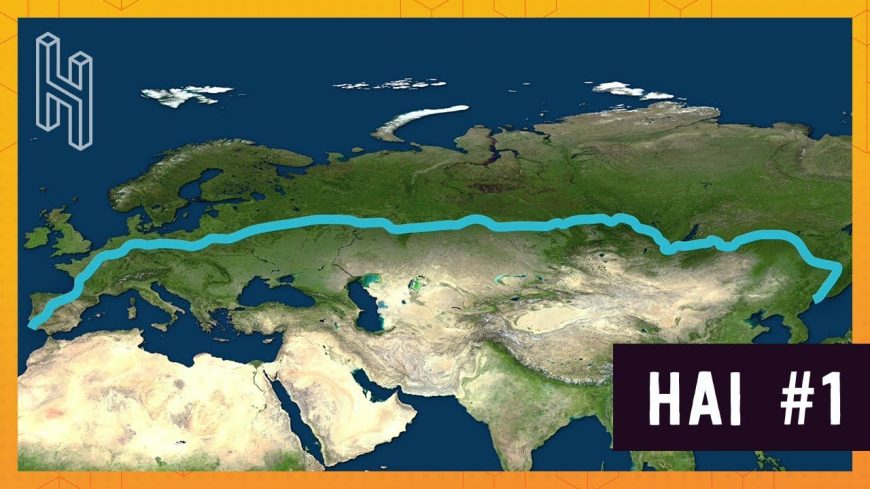 Useless trivia buffs, this one is for you! I know I personally love being able to drop little morsels of absolutely random knowledge on unsuspecting friends and associates, and this video actually features several completely accurate, totally cool, yet basically useless factoids.

I’d never really pondered this subject before, but it’s actually the kind of thing I’d spend far too long thinking about, taking my best guess at, then Googling to see if the actual answer is out there. The question is simple: What is the longest drivable distance between any two points on the planet. As the video began, my first guess – because that’s what we all do, right? Try to guess before the answer is revealed. Or is that just me? – was that the answer would include the massive expanse of mostly-emptiness known as Russia just based on its mass. Of course, I knew there were bridges over the Panama Canal, so looking at the distance from the top of Canada to the bottom of South America, that could be a pretty long haul as well, but I didn’t know about the Darien Gap.

This comparatively microscopic section of that narrow sliver of land connecting Central America to South America is basically a swampy bog that’s rife with guerrilla warfare and drug cartel shadiness. The area is so perilous and mucky that not a single road spans the entire region, thus rendering the North-to-South America road trip impossible.

Instead, the longest drivable distance between two points on Earth is the 8,726 miles between Sagres, Portugal and Khasan, Russia. With no ferries to disqualify the route and a continuous drivable route that would take some 8 days to navigate, this is the winner, and that’s your fact to drop next time you’re at the bar with friends and you need to flex your brain muscle a little bit.