As a group, men come up with some very creative and admittedly cool ways to try to ...

As a group, men come up with some very creative and admittedly cool ways to try to kill ourselves. However, this particular little project just might be the coolest and most creative way for a guy to look death right in the eye while grabbing a handful of throttle and laughing all the way to the edge of mortality.

Dirt bikes are dangerous toys, but they aren’t any more dangerous than any other motorsport hobby. Sport bikes could be describe the same way: inherently dangerous but not overly so. People around the world ride both types of bikes daily with zero issues or injuries. It’s when we start pushing the boundaries of what these machines are capable of that things take a turn for the worse, but that’s what we do as a species, finding adrenaline highs high in the air above a jump or between two cars at break-neck speeds on the highway.

Until now, I can personally say I’ve never seen these two types of bikes melded together to create what would have to be one of the most fun-to-ride contraptions on the planet. It would also fall near the top of the list of Toys Voted Most Likely To Kill You If You Take It For Granted For Even A Split Second, but damn do I want to take it for a spin.

What you’re looking at is a Suzuki GSX-R 1000 that’s had the front and rear suspensions amputated and in their place you’ll find dirt bike suspensions on both ends. That’s right, ladies and gentlemen, a dirt bike suspended sport bike. I don’t know the stats on dirt bike power levels, but I would guess your typical 450 cranks out 60, maybe 75 horsepower. Suzuki’s GSX-R makes approximately triple that, cranking out 162 horsepower.

Combine that with the bump-absorbing dirt bike suspension and you have the recipe for a great time with a side of dangerous as hell! But as you can see and hear in this video, it would be one of the most fun ways to die we’ve ever seen! 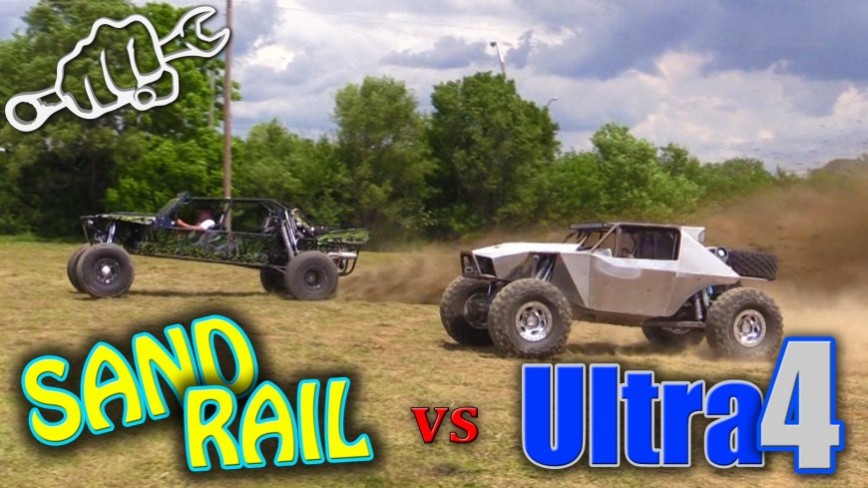