We say it all the time: there is a right and a wrong way to do everything. While we ...

We say it all the time: there is a right and a wrong way to do everything. While we strongly recommend everybody do things the right way, we do love it when there is video of people doing things the wrong way. Today, we have a little bit of wrong way for you in the form of a misguided tow truck driver who very nearly takes himself out while trying to load a car.

We only get a few seconds of video to try to figure out what’s happening, but it looks as if this car has crashed and ended up on its roof. There’s no way of knowing how that happened, but the tow truck driver has already hooked his winch to the car and is trying to, quite literally, flip it up onto the flat bed of his roll-back style tow truck.

However, instead of following what I have to believe is proper protocol and rolling the car back onto its wheels first, then winching it up onto the bed, the operator is instead trying to skip that middle step and speed the process by simply flipping the car longways up onto the bed. Put simply, this is ridiculously dangerous and, as you will see when you watch the clip, it almost costs the tow truck driver dearly.

The car stands up on its nose while the two truck driver operates the winch and tried to keep it balanced upright using nothing but his own brute strength. As most of us are keenly aware, a single individual, no matter how strong he may be, is not capable of manhandling a car that easily weighs 3,000 pounds or more. As soon as the cars balance is upset, it begins to tip sideways and, instinctively, the tow truck driver tries to stop it, failing horribly to do so.

Instead, the car tumbles over onto its side, with the operator of the truck just managing to avoid getting crushed under the weight of the sedan. One wrong step while this car is falling and we’d be watching video of a man possibly losing his life. Instead, since we know he’s okay, we’re watching another example of exactly what not to do! 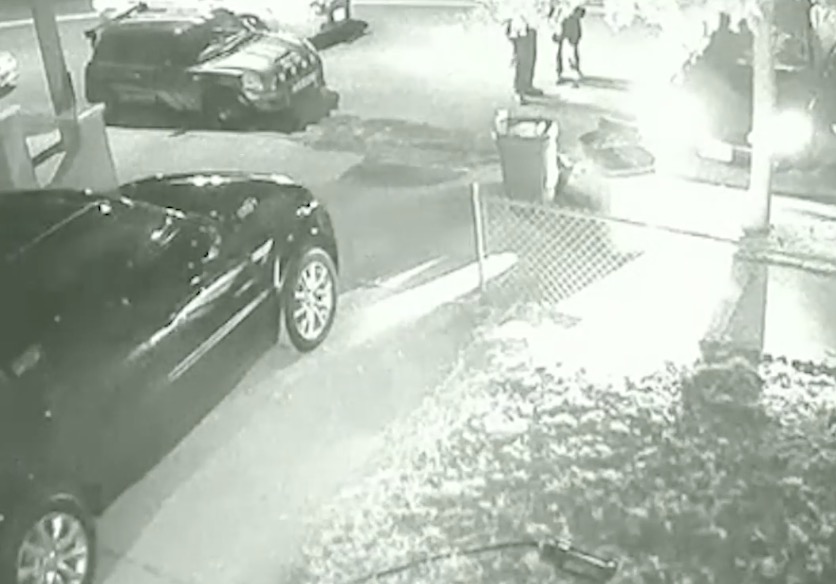