When It Gets Real On The Drag Strip! Wheelies and Crashes!

When It Gets Real On The Drag Strip! Wheelies and Crashes!

When it comes to drag racing, human nature would dictate that several occurrences ...

When it comes to drag racing, human nature would dictate that several occurrences really do become the most interesting out of the whole production. Outside of a close or high dollar race that kicks up the drama level a little bit because of the backstories that you can tend to get tied up and invested in, we really can’t help but look away from those insane wheelies, death-defying saves, and gnarly crashes, God forbid that they happen. You never wish it on someone but when these situations unfold, the video just is so hard to look away from as you wait to see what’s going to happen next.

This time, we take a trip around the country to a couple of racing events that have plenty of these happenings and they’re all wrapped up in nice neat 12-minute package that puts you trackside for some of the most intense moments all in one place. When you step up to the plate for any sort of racing, you know that some of these situations could be waiting over the horizon which definitely throws a little bit of a curveball in the mix and raises the stakes as a situation could go from completely calm, all the way to the opposite end of the spectrum, getting as intense as it gets in a matter of seconds.

This video really keeps the adrenaline pumping as it’s one “skin of your teeth” situation after another that shows these drivers really pushing the limits on what’s possible and then some. You have to respect these racers that go out there and put it all on the line every race and even after a situation that might not exactly go their way, head out to do it all over again. These guys are really driving their rear ends off out there!

She Crashed Because She Didn't Lift... This Beautiful Chevelle Is Hurting Now!! 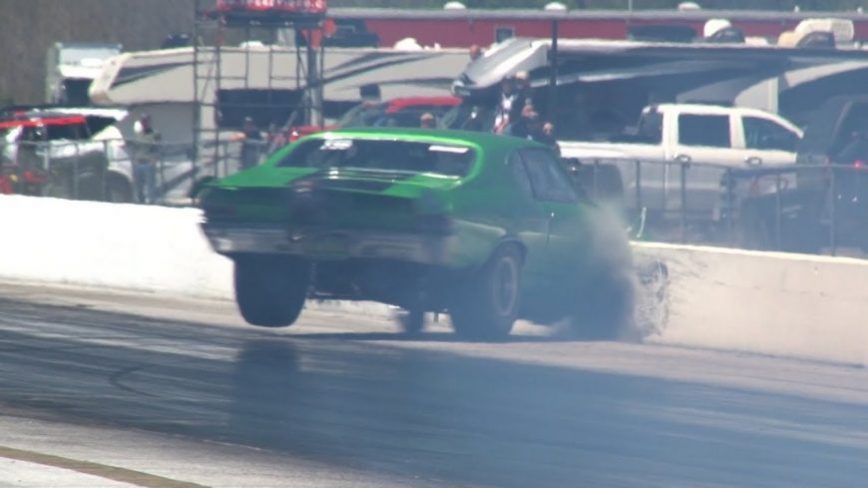